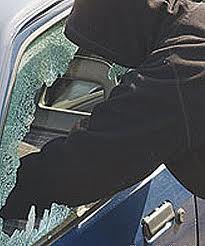 OUTRAGE AFTER SPATE OF CAR BREAK-INS ON HOUSING ESTATES

Car-owners have been warned to lock their cars at night after a spate of break-ins to unlocked vehicles on two adjoining housing estates.

Six cars were broken into and robbed.

Opportunist thieves broke into at least six cars on both the Summerhill and Burwood estates in Buncrana in the early hours of yesterday morning.

None of the cars were locked when they were broken into between midnight and 5.30am.

Cash, phones, a sat nav, a purse and a handbag were among the valuables stolen in the raids.

The insides of some of the cars were ransacked.

Local town councillor Ciaran McLaughlin said there is anger, frustration and bewilderment amongst the local community.

Last year there was a spate of home-heating oil thefts on the same estates.

Clr McLaughlin said the days of leaving doors locked are over.

He admitted that local Gardai were quick on the scene and carried out a full forensic examination.

But he added “Garda numbers are down 28% in Inishowen since 2007. That’s twice the Donegal average and almost three times than that across the State.

“That’s a real issue for our communities. When the Garda have the numbers and intelligence they can defeat these criminals that plague our communities. Senior Gardaí and Minister Shatter need to wake up and smell the coffee,” he fumed.

St Catherine’s to return to play as...