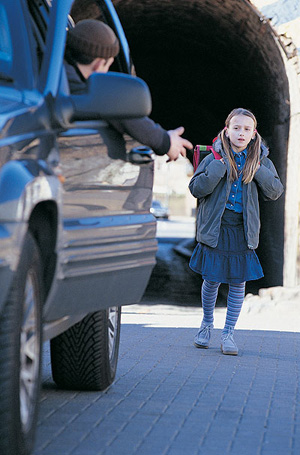 Gardaí are investigating an attempted child abduction in Dungloe and have issued a warning to parents to remain vigilant.

The attempted abduction occurred over the weekend, and the young girl was left terrified after the incident.

A black jeep approached the young girl, a woman then got out of the jeep, and tried to entice the child into the jeep.

The woman told the child they were going somewhere fun, and asked her did she want to come.

Thankfully the young girl was smart enough to decline the approach, and she ran off.

She told her parents what had happened, and then immediately informed the Gardai.

Gardai have appealed for witnesses that may have seen that vehicle in the Dungloe over the weekend.

The vehicle was a black jeep, but the young girl didn’t see the number plate, she said the woman that got out of the jeep and made the approach wasn’t old, and said the woman seemed to be the same age as her own mother.

However, Gardaí have said that this wasn’t an isolated incident, and that they’ve received other reports in the Rosses area, about strangers approaching young children, and trying to entice them into the car.

Gardaí have appealed to parents to be vigilant when out and about with their children, and to know where they are at all times.