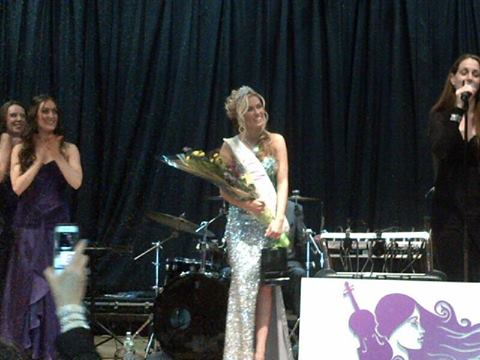 A wonderful New York ‘Mary from Dungloe’ evening was celebrated in Astoria, Queens, New York on Saturday, May 17, 2014, which ended with Aimee Coyle being crowned the 2014 New York ‘Mary’.

She plans on going forward for a masters degree to become a nurse anesthetist.

Both her parents are from Donegal, The Mary from Dungloe festival has always been one of the highlights of her holidays and at the age of three she won the Bonny Baby competition in Dungloe.

Aimee always wanted to participate in an event that represented her heritage.

We wish Aimee good luck in the upcoming Mary from Dungloe international festival.

The New York Mary from Dungloe Irish Gala Dance committee would like to thank all our patrons and to those who travelled great distances to support our Irish Gala Dance and fundraiser Mount Sinai Queens Breast Health Program for the uninsured.