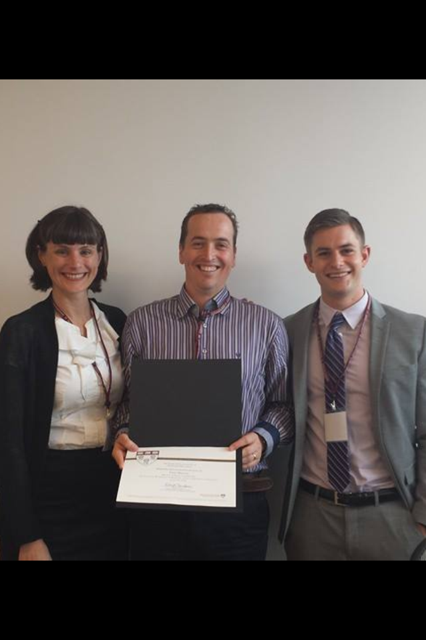 DONEGAL PHARMACIST PROVES TO BE A SUCCESS AT HARVARD UNIVERSITY

Local/Donegal Pharmacy owner, Tom Murray, has taken great strides with his new venture, “The Mediation Practice” www.mediationpractice.ie, and has led the popular pharmacist to receive an academic qualification from the prestigious and world famous Harvard University.

Tom has worked as a pharmacist in his own business in Ramelton and Castlefinn for several years now, including receiving the prestigious award of Pharmacist of the Year 2013.

In that time he was a key negotiator with the Irish Pharmacy Union, during their negotiations with the HSE and the Minister for Health.

This sparked an interest and a passion for him and he followed that through with the founding of The Mediation Practice.

He has a proven track record in facilitating groups to achieve a way forward to solve or mange their disputes, be they in contractual matters or social.

A keen negotiator, with an interest in strategy, he offers negotiations training and consultation for ongoing commercial negotiations.

He has been working with the renowned Harvard Law School and it’s Program on Negotiations, and received an invitation to attend the university and it’s outstanding facilities.

He is pictured here, receiving his academic awards from Assistant Professor of Law Jennifer Reynolds, and her colleague Sam Straus, at the end of an intense advanced course of developing Negotiation Strategies Tools and Skills for Success.

DONEGAL PHARMACIST PROVES TO BE A SUCCESS AT HARVARD UNIVERSITY was last modified: June 11th, 2014 by Stephen Maguire