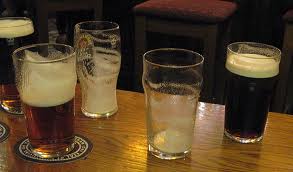 ARREST WARRANT ISSUED FOR MAN WHO LEFT PUB WITHOUT PAYING

A JUDGE has issued an arrest warrant for a man with a County Cork address wanted in Donegal for allegedly leaving a pub without paying.

Dermot O’Connor, who is 59 and from Kilkorney in Mallow, failed to appear when he was called at Letterkenny District Court.

He faces a charge of leaving the Central Bar in Lifford on June 3 last without making payment.