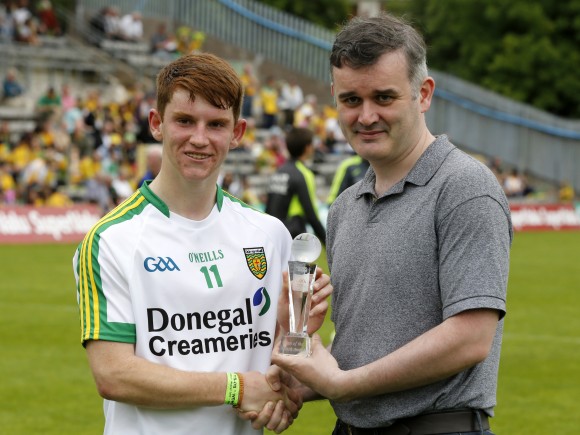 Donegal minor star Lorcan O’Connor will be hoping he can repeat the stunning performance he produced against Antrim on Sunday in the Ulster decider next month.

O’Connor was in blistering form and was awarded the man-of-the-match award as he and his Donegal team mates blasted past the Antrim challenge and booked their place in the Ulster MFC.

Declan Bonner will be hoping his young charges can take back the Ulster minor crown to Donegal for the first time since 2006.

Donegal have delivered impressive performances over Derry and Antrim en route to the Ulster MFC decider and will be fancied to capture the title.

The Donegal senior side will be attempting to recapture the Ulster title they relinquished last year to Monaghan and Donegal supporters will be dreaming of a ‘dream double’ in Clones on July 20th.