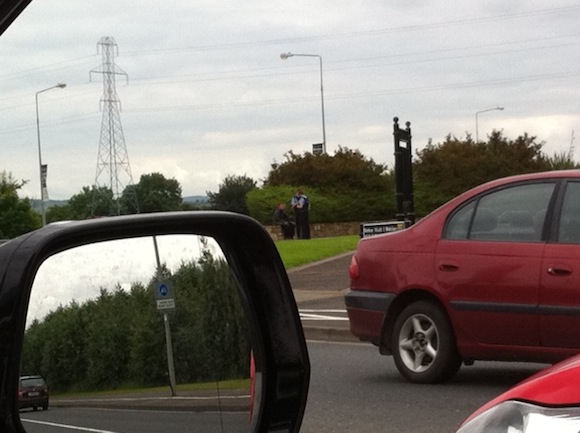 BREAKING NEWS: Gardai have smashed a gang suspected of being behind the theft of copper cylinders.

Members of the gang were caught red-handed with the cylinders in Letterkenny just before 1pm.

The two members of the gang fled but were apprehended by Gardai close to the Polestar Roundabout.

Thieves are making cash by selling on the copper cylinders.

In a follow-up search detectives have come across a number of cylinders in waste ground on the Canal Road between the ALDI store and the local Letterkenny Town Council offices.

They are continuing to search the area.

Two of the cylinders, one of which was partially cut up, were found close to the edge of the road.

It is understood the men were moving the items when they were caught.

Dozens of the copper cylinders have been taken from vacant houses and sold for cash to scrap dealers.