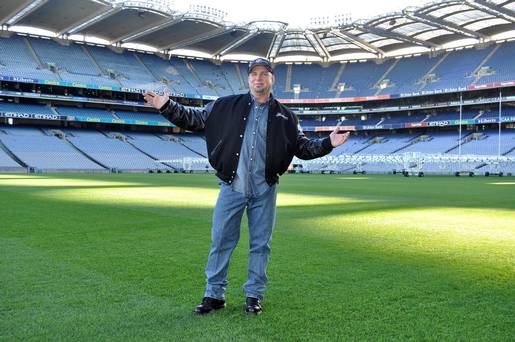 The incredible total from booking fees and ticket costs for the 400,000 fans won’t be the only loss if Dublin City Council doesn’t change its mind!

The loss in revenue to Dublin has been estimated to be around €10 million each day  – a total of €50 million over the original five days.

With Brooks stating tonight that he will do five shows or none at all, something is going to give.

And our economy could be first.

Around 70,000 of the total tickets were sold to fans from outside Ireland most of whom have booked to fly in for the shows.

The whole debacle is turning into an €80 million national farce.

With that sort of money on the line, expect lawyers to step into the fray very soon.