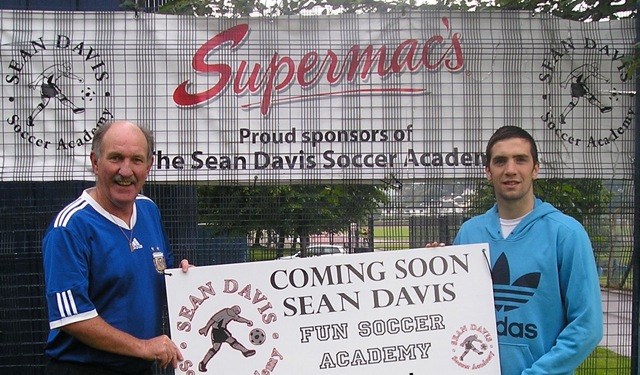 How would you like to become a World Cup Player for 4 Days? Now here is your chance. Join the Sean Davis Soccer Academy and learn how to dribble like Argentina’s Messi, score goals like Spain’s Pedro, Brazil’s Neymar, Uruguay’s Suarez and Germany’s Muller, or head the ball like Portugal’s Ronaldo, control and pass like Spain’s Iniesta.

The coaching will cater for boys and girls aged 5-17 years and will focus primarily on the key areas of dribbling, shooting passing and control through the use of fun coaching techniques.

There are also numerous ‘Mini Soccer Competitions’ which include; World Cup; Premier League; Spanish League and Champions League as well as the ever popular ‘Penalty King’ and ‘Penalty Queen’ Competitions.

The co-ordinator of the course is Sean Davis, a former Manchester United, Middlesbrough, Torquay United and Sligo Rovers player. Sean is the holder of the European A Licence to add to his IFA, FAI and FA badges.

In addition to the coaching, each participant will receive a Top Quality Football, Soccer Achievement Certificate and Free Refreshments daily.

There are 100s of prizes to be won also, including boot bags, trophies and medals.