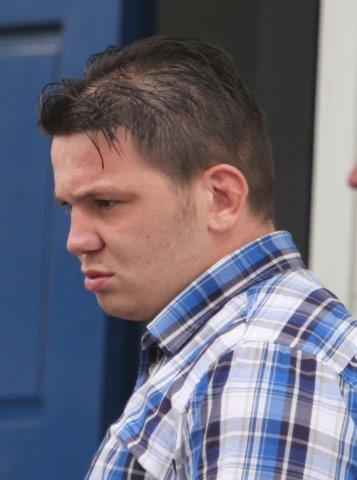 COUNCILLOR LEFT WITH BLOODY NOSE AFTER BEING ATTACKED OUTSIDE HIS BAR

A well-known Donegal county councillor and publican had his nose busted after refusing to allow a man into his bar.

He was bleeding from the nose and his eyes were watery after being assaulted by Michael McDonagh.

When approached by Gardai, McDonagh, who has 34 previous convictions, initially claimed that Mr Harley would not allow his family into his bar.

Gardai arrested McDonagh, 24, and he appeared at Letterkenny District Court charged with assault and using threatening and abusive language in public.

Solicitor for McDonagh, Mr Frank Dorrian, said his client had no recollection of saying that his family had been refused entry to the bar.

He said McDonagh, of the Big Isle Halting Site, Letterkenny, has mental health issues and was on a range of medication and had unfortunately mixed them with alcohol on the day.

He had been at a family function and things got out of control.

The court heard he had a range of previous convictions including making threats to kill, theft, obstructing Gardai, intoxication and public order offences.

Judge Paul Kelly asked Gardai how the injured party was now doing and he was told he was doing well and that there were no long-term effects form the assault.

Mr Dorrian told the court that McDonagh, a father-of-two, had gathered €500 which he wished to offer Mr Harley as some form of compensation for the incident.

Judge Kelly adjourned the case until September 22nd for a probation report on McDonagh but warned him a lot will depend on what happens in between now and then.

COUNCILLOR LEFT WITH BLOODY NOSE AFTER BEING ATTACKED OUTSIDE HIS BAR was last modified: July 29th, 2014 by Stephen Maguire