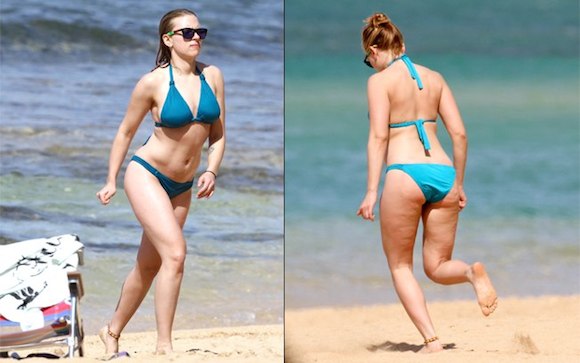 EMMET RUSHE’S FITNESS COLUMN: CELLULITE – WHAT YOU NEED TO KNOW

BY EMMET RUSHE: ‘Cellulite’ is a word that the media loves to talk about and that most women don’t want to hear.

Cellulite is a term for lumpy, dimpled flesh on the thighs, hips, buttocks and abdomen and it is most common in women.

Until the 1970’s cellulite was not seen as a skin disorder.

Cellulite was, quite literally, invented by fashion magazines.

On April 15, 1969, Vogue magazine published an article describing cellulite as an increasingly common skin disease, and advertising solutions to “cure” this imagined problem.

Since the 1920s, the term “cellulite” existed within a medical context, but practitioners did not regard it as a disease or a problem.

Today, many women believe that they have a skin condition because of visible cellulite. In fact, these people are simply displaying normal traits associated with womanhood.

Its name may make it sound like a medical condition.  But cellulite is nothing more than normal fat beneath the skin. The fat appears bumpy because it pushes against connective tissue, causing the skin above it to pucker.

Having cellulite does not mean that you are overweight. It can affect women, and men, of all sizes and shapes.

There are numerous treatments for cellulite ranging from creams, injections, laser treatments, spa treatments and even liposuction.

The problem is that none of these have been proven to actually work as they say they do.

Liposuction treatment can actually make the appearance of cellulite worse as it removes the deep fat during the process and this can leave deep depressions in the skin where cellulite was present.

So what can you do to get rid of cellulite?

This is a definition of cellulite taken from the Mayo Clinic:

“Cellulite is caused by fibrous connective cords that tether the skin to the underlying muscle, with the fat lying between. As the fat cells accumulate, they push up against the skin, while the long, tough cords are pulling down. This creates an uneven surface or dimpling.”

Cellulite is actually a matter of structural mechanics.   Men are less prone to cellulite because their bodies are structurally different to women and we tend to store fat viscerally rather than subcutaneously.

So is there any ‘cure’ for cellulite?

Can you reduce the appearance of it through diet and exercise?

Should you continue to waste your money on creams and treatments that cost a small fortune and don’t give much in return?

Cellulite is only a problem if you believe the media’s image of how the female body should look.

The main image is of Scarlett Johansson.

The media made a big storm last year of the images of her on the beach in a bikini with obvious cellulite on her legs and thighs.  She was on the cover of every gossip magazine all of which revelled in the fact that she wasn’t ‘perfect’.

Her boyfriend at the time must obviously have been mad to be with a woman who wasn’t perfect, I mean how could he even look at her, never mind touch her?

Maybe it was because he was with Scarlett fricken Johansson and he didn’t give a damn about a bit of cellulite, because every woman has cellulite and it ISN’T ACTUALLY A PROBLEM!

Ladies; the only men who think that women shouldn’t have cellulite, don’t have much experience with women.

#TrainSmart For further information on how to get sexy for summer, contact me through the link below.   https://www.facebook.com/pages/Rushe-Personal-Training-and-Performance/120518884715118   * Emmet is the owner and operator of Rushe Fitness