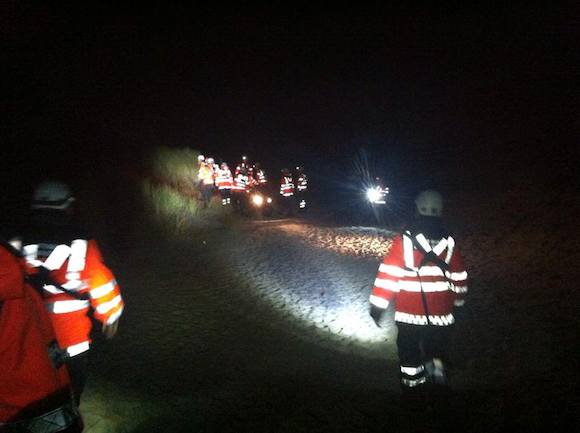 FRIGHT NIGHT! COUPLE RESCUED AFTER BEING TRAPPED IN CAVE

The Killybegs Coast Guard team at the scene

A COUPLE have been rescued after being trapped inside caves on the Donegal coast.

Two rescue boat crews and the Sligo 118 Coast Guard helicopter were involved in the major operation at the famous Maghera Caves near Ardara.

Killybegs Coast Guard, the Arranmore Lifeboat and the chopper were all despatched to the scene.

The couple had been cut off by the tide.

The RNLI crew from Arranmore were able to get ashore and rescue the couple who were not physically hurt during the incident but were upset – and obviously relieved.

“The operation ended a short time ago and the male and female are safe and sound,” said a Coast Guard spokesman.

He re-issued a warning about people on the coastline being mindful of tide changes.

The rescue came just hours after a family got stuck on rocks off Bundoran.

The Sligo 118 helicopter was able to winch them to safety.

FRIGHT NIGHT! COUPLE RESCUED AFTER BEING TRAPPED IN CAVE was last modified: August 7th, 2014 by John2