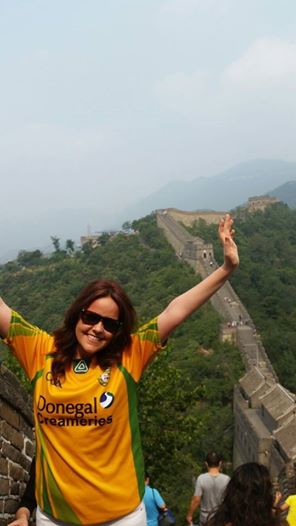 Glenties girl Barbara Boyle celebrated Donegal’s super victory over old rivals Armagh  yesterday by posting this fantastic snap on her Facebook timeline from one of the most famous landmarks in the entire world.

Barbara who works for Emirates Airlines, and who is based in Dubai, visited the Great Wall of China during a recent stopover in China.

She’ll be hoping she gets to work on an Emirates flight to Dublin on August 31st, to hopefully witness Donegal defeat Dublin at Croke Park.

Now that would be a GREAT stopover.