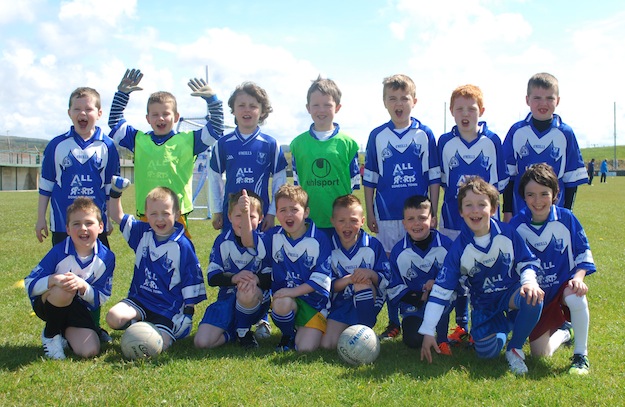 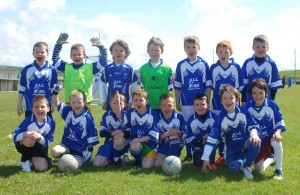 Under 10 boys: Our under 10 boys were invited to Ballintra to play in a very well organised blitz on Saturday last.

In very wet and windy conditions the boys played six games in total three each for the a and b teams.

They competed against teams from the hosts Naomh Brid as well as Killybegs and Glenties.

The A team played the best football of the season winning their three games comfortably. The B s won two of the three only going down by a point to Glenties. These boys have improved immeasurably over the course of the season and the future bodes well for the club in boys underage football.

They are out again this Saturday at 11am.This time we are hosting teams from Aodh Ruadh, Bundoran and Naomh Brid .Thanks must go to Naomh Brid for their hospitality on Saturday and to the parents who provided transport and braved the harsh conditions to support our boys.

Annual draw: Tickets are being distributed currently and are also onsale from members. This fundraiser is to raise monies to help service loans for our new training pitch.

We would ask for your support.

Tickets and monies can be returned to club officers or to Abbey Hotel Monday evenings 9pm – 9.30pm

Under 12 boys: good luck to the U12 boys who are travelling to Strabane to compete in the Peter Duffy Tournament on Saturday 23rd.

Fundraiser: Sponsor a Virtual Sod is available on a new link on ourwebsite www.fourmastersgaa.com or contact any club officer about details, to sponsor either by PayPal or contact club member for application form.

Please support this initiative, check out or virtual pitch. Get your name on Tirconaill Park Sod.