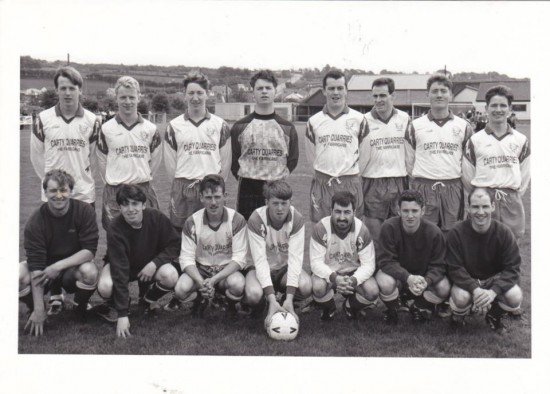 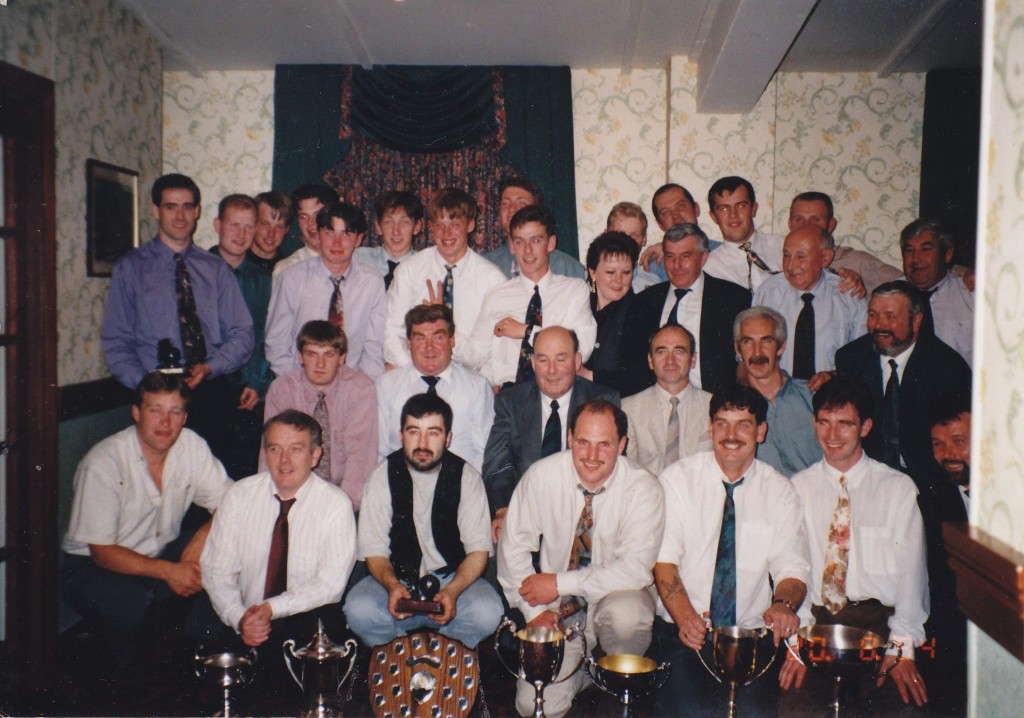 This Saturday, Drumkeen United will take a nostalgic trip down memory lane as they get ready to honour the all-conquering heroes of the 1993-1994 season who swept all before them.

Under the guidance of Noel Bonner ably assisted by James Green, Drumkeen won the Premier league, the Ulster Cup, the Sportsman’s cup and the FAI Cup.(Area final)

The team had a good blend of youth and experience and during the season they scored 102 goals with the three front men Hugo Bonner, Noel McNulty and Chris Breen getting 68 of them.

To mark the 20th Anniversary, Drumkeen officials are hoping to get as many of them as possible together this Saturday evening 23rd August.

Drumkeen board member John Cannon told Donegal Daily, “We believe this is worth celebrating as no team had managed to do it before or indeed no one has done it since.

“That was our last year in the Donegal league as we went up to the Ulster Senior League at the start of the 94/95 season.

“The plan is to play a match against another Drumkeen selection and probably get a few guest players to participate, we’re hoping to get as many former players as possible to come along on the night.

“If you haven’t kicked a ball for years, why not come along and meet some old friends.

The game will kick off at 7 pm and afterwards the players and management will head up to Jamesons Bar Drumkeen for light refreshments.

This was the venue of many post match gatherings in the past and manys a goal was scored up there over the years.

ALL Former players and committee members are welcome to come along on the night, even if you just play for 10 mins or you just want to watch.

Oisin played for the club at U18 level, Many players have represented the club over the years so hopefully we can coax a few of them out of retirement for one night only.