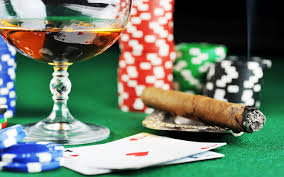 St Eunan’s Club News: We are holding a Texas Hold ‘Em Poker night on Friday week, August 29th in the Clubhouse from 7pm. Go to the club Facebook Page and click on EVENTS to bring up the Poker Event Page.

A great night’s entertainment is guaranteed, being hosted by Conor Gibbons, Seán McVeigh, Lee McMonagle, Éamonn Ó Dochartaigh and Paddy McGowan. €20 Buy-In. Please share with all your friends to make this a great success.

The Friday Evening Hurling & Camogie Academy returns this Friday, August 22nd at 6:30pm after a two week break for holidays. Please be sure to pass the message on to your contacts that are not on e-mail or Facebook.

The Seniors and Reserves both suffered defeat at the weekend in Kilcar, with the Seniors going down by a single point. There are no games this weekend.

The Senior Hurlers had a great win in a close contest with Burt in the championship at the weekend, they travel to take on MacCumhaills this Saturday evening (23rd) at 7pm.

The Junior men had a narrow victory over Red Hugh’s in the championship on Saturday evening in Milford on a score of 0-12 to 2-05. They meet Ardara in the semi-final next Saturday (30th) with venue and time tbc.

St Eunan’s U16 Hurlers have reached the Final of the U16 A League with a hard-fought win over Aodh Ruadh. The final is this Thursday at 7pm in the Centre of Excellence in Convoy. Please bring out your colours to support the team in the final. The U12 hurlers had a good win over Letterkenny Gaels last Thursday and play at home this Thursday against Dungloe.

The U16 Boys footballers take on St. Michael’s this Monday night (25th) in Termon at 7pm in the Northern League Final.

The U16 girls defeated MacCumhaills on Tuesday in the Park. It was a great performance by the team.

The U13 girl’s footballers will train this Saturday (23rd) at 10:30am in preparation for their league starting on September 1st.

Congratulations to the U12 girls who won the elite all-county blitz at Coláiste Ailigh on Saturday, winning all their games and defeating Termon in the final. Well done to Dermot and Caitriona.

The U15 boy’s footballers take part in the county Óg Sport Gael finals hosted by Letterkenny Gaels this Saturday (23rd) at 11am. We will host this year’s Ulster Óg Sport Finals on Sept. 6th after Jim Clarke’s team won the title last year.

The U13 boy’s A footballers had no game last week as Robert Emmett’s failed to field, they are at home to Termon this Wednesday (20th) with a 6:30pm throw-in. The Dev. team were beaten in Muff despite a good display and they are at home this week as well v St. Mary’s, Convoy directly after the A team v Termon game.

The Gary Doyle (U11) Cup takes place on Saturday week (30th) with a great line-up of teams coming to compete.

Due to the Donegal Marathon, the Sunday Academy will take place between 5pm and 6pm this Sunday (24th).

The first two draws in our Silver Circle have taken place with Alma Kavanagh and Ian Duffy each winning €1,000. The next draw is this Saturday.

Get well soon wishes go out to Anne Forde and Elaina Gallagher.