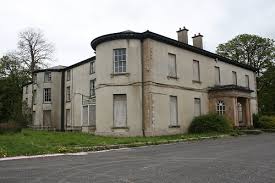 A MILLIONAIRE businessman paid more than €650,000 for a former Army barracks in Donegal yesterday, it has emerged.

He splits his time between Donegal and Sligo.

His Convoy businesses have taken a huge slice of the health food market in recent years.

The former army barracks on 29 acres had a reserve price of €260,000 and included firing ranges and gardens as well as the heritage 17th century Rockhill House.

Mr Molloy works tirelessly for charities, helping them through his businesses.

Last month he helped raise money for the Irish Heart Foundation and then went one step further by purchasing a defibrillator and training employees in its use.

“It was important for us to support the Irish Heart Foundation campaign this year,” he said.

“Our Company’s ethos concentrates on healthy wholesome produce and in turn a healthy lifestyle. We are located in a rural community so it was important that we train our employees in CPR, giving someone the skill of administering CPR is facilitating them to save a life. In addition to our staff being trained the money we raised can contribute to further CPR training in local communities. This equipment and knowledge is also now available to the local community in case of an emergency.”