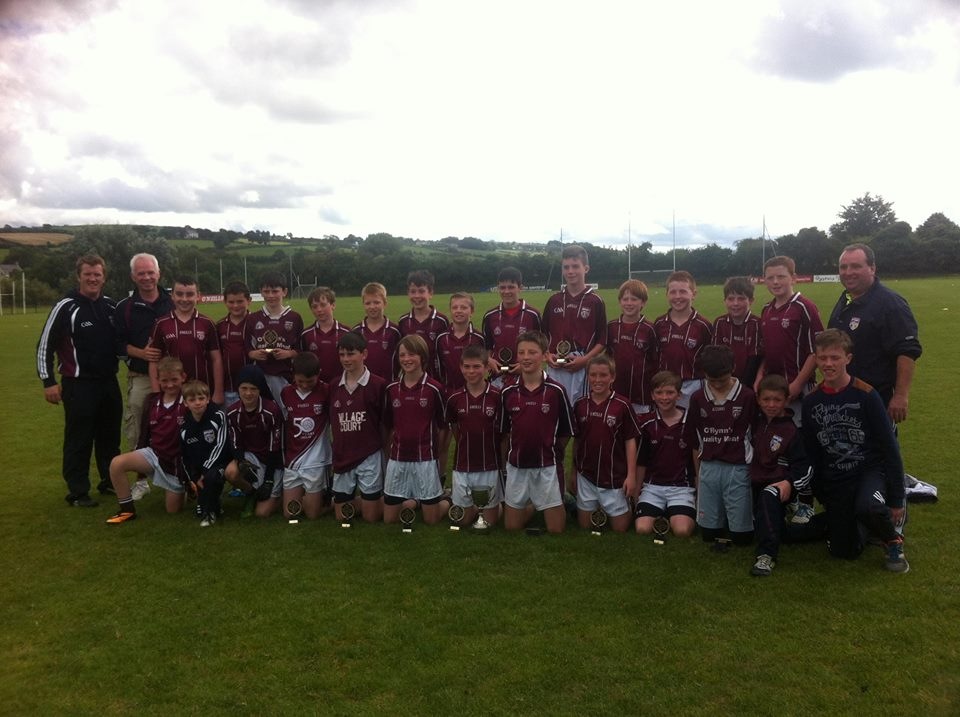 On Sat last the Termon U12 squad took to the road again to compete in the Paul Duffy memorial tournament in Strabane.

Another great days football was enjoyed by all, with 19 teams from Tyrone, Derry and Donegal competing in Cup and Shield competitions.

Termon came through the qualification stages unbeaten, and defeated Omagh in the semi final to face old rivals St Eunans in the final.

In a very evenly matched game, it took extra time to separate the teams before Termon edged home by a point.

This was an extremely hard fought encounter but played in a true sporting spirit which brought the best out of both teams.

Mark Gallagher, Bobby Mc Gettigan and Conor Black excelled in what was a fantastic team performance.

Credit must also go to the St Eunans boys who contributed to a thrilling match which brought compliments from all neutrals for the spirit, intensity and sporting nature of the final.

In the Shield competition Termon were very competitive in the qualification stages, losing by a narrow margin in the opening two games, but they turned around their fortunes with two excellent victories in the afternoon.

In a continually improving development squad , there were excellent performances from Kevin Mc Gettigan, Mark Toye and Luke Downey, but coaches Paddy, Andy & James were most pleased with the team display and are delighted with the progress of the panel as a whole.

This was another huge achievement for this talented group of young players , winning their fifth title of the year.

The Paul Duffy Cup now joins the Jamie Toner Cup ( Termon ), Harry Cassidy Cup ( Buncrana ), John Mc Aleavy shield ( Newry ) and the Northern board title in the club house and is just reward for the effort made by all of these young players – the future is bright for Termon !