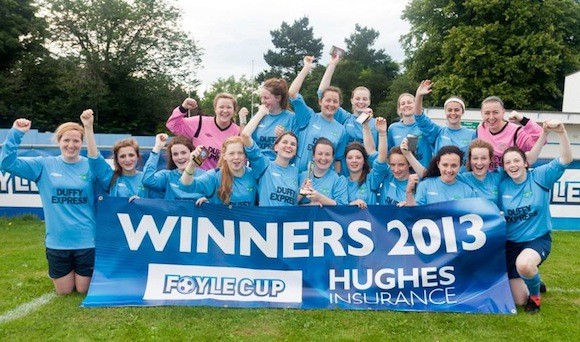 Trailing 2-1 at half-time they completely dominated the second half.

They play Tipperary Town in the final which will be played in Tipperary at the end of September.

Our u/18 girls lost to Fanad in a thrilling league game.

The final score was 5-4. Scorers were Zoe Green(2), Amy Boyd and Caoimhe Walsh.

Our mens team lost a tight game 3-2 to Rathmullen Celtic in the Brian Mc Cormick cup. Eunan Diver and Kevin Kelly were the scorers.

There first league game is scheduled for 7th September.

In our weekly lotto the numbers drawn were 3,11,14 and 19. Two people (Eunan O’Donnell and Ross Hamlyn) both had 3 numbers and shared E50.