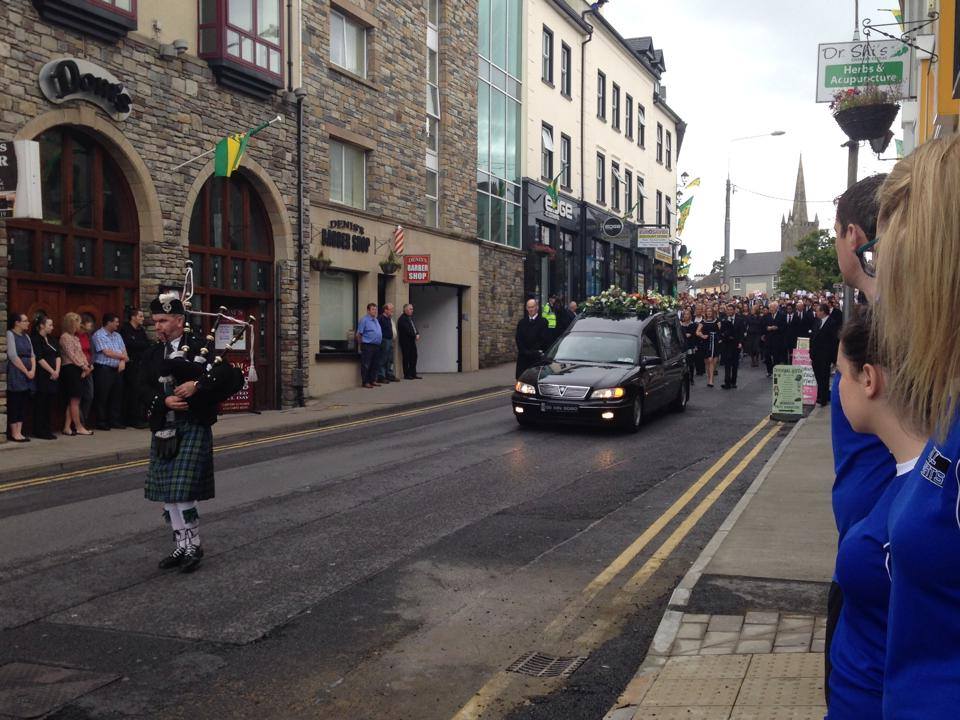 IT was a very sad occasion in Donegal Town today as people came out in their hundreds to say goodbye to businessman and former TD Jim White.

Taoiseach Enda Kenny joined family, friends and those who knew and loved Jim as his coffin left The Abbey Hotel on The Diamond where the wake was held.

Once again staff and members of the community lined the streets as the cortege, led by a piper, made its way down towards the pier.

Then it was off to his home town on Ballyshannon where crowds gathered again to pay their respects at the funeral and at the graveside afterwards.

Taoiseach Enda Kenny paid tribute to Mr White as a “man of enormous positivity and generosity”.

He said Mr White had worked hard to draw more tourists to the north-west region.

“He was a man of enormous popularity in Donegal and the north-west in general and even managed to head the poll against Neil Blaney in a general election,” he said.

SAD FAREWELL AS DONEGAL SAYS GOODBYE AND THANK YOU TO JIM WHITE was last modified: September 5th, 2014 by John2