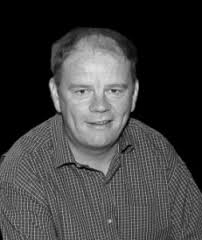 Curtis has been lambasted by GAA fans here in Donegal for a number of critical articles he has penned about Donegal.

A few weeks ago he called Jim McGuinness a ‘buffoon’ as well as predicting the Dubs would brush past the challenge of the Ulster champions with ease.

Now Curtis has had the neck to say that Jim McGuinness was just seconds from being humiliated by Dublin at Croke Park.

Curtis said, “Those who deem Jim McGuinness a worker of miracles forget that he was one kick away from a second humiliation in a little less than 13 months.

“Connolly’s goal chance is converted and Dublin are home free, they might have won by twenty. But they didn’t,” he said.

But he adds “As somebody who has been slow to acclaim McGuinness – the distaste at his treatment of Kevin Cassidy and Declan Bogue, the suspicion of his fervour for messianic self-promotion are undimmed – it would be mean-spirited, juvenile not to salute his finest hour.

“And this was his finest hour, the afternoon he became Hercules.”

Curtis does heap praise on Donegal’s new sensation Ryan McHugh who he admits is currently favorite for the Player of the Year Award.

UPROAR AS SUNDAY WORLD MAN CLAIMS DONEGAL WERE SECONDS FROM ‘ANOTHER HUMILIATION’ was last modified: September 8th, 2014 by Stephen Maguire