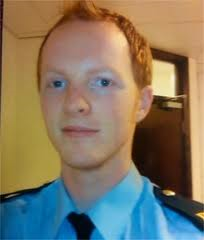 CYCLISTS ARRIVE IN DONEGAL IN HONOUR OF TRAGIC ROBBIE AND GARY

Over ninety cyclists participating in the Malin to Mizen Garda charity cycle in memory of two Gardaí killed in the line of duty are beginning to arrive in Donegal.

Former colleagues and friends of the late Gardai Robbie McCallion of Letterkenny Garda Station and Garda Gary McLoughlin of Buncrana Garda Station have taken part in the cycle which ends tomorrow.

The cyclists left Claremorris early this morning, and began arriving in Donegal Town shortly after 12.30.

Cyclists have travelled through Sligo, Bundoran, and Ballyshannon en-route to Donegal Town to finish today’s section at the Millpark hotel on the Killybegs Road.

Cyclists will leave the Millpark Hotel tomorrow morning for the final leg of the cycles which concludes in Malin tomorrow.

There will also be a celebratory function at the Clanree Hotel in Letterkenny tomorrow night, which starts at 8.30 pm.

Tickets for the event are available at Letterkenny Garda Station.

Benefiting Charities for the charity cycle in memory of the two Gardaí are outlined below.

CYCLISTS ARRIVE IN DONEGAL IN HONOUR OF TRAGIC ROBBIE AND GARY was last modified: September 11th, 2014 by Mark Forker