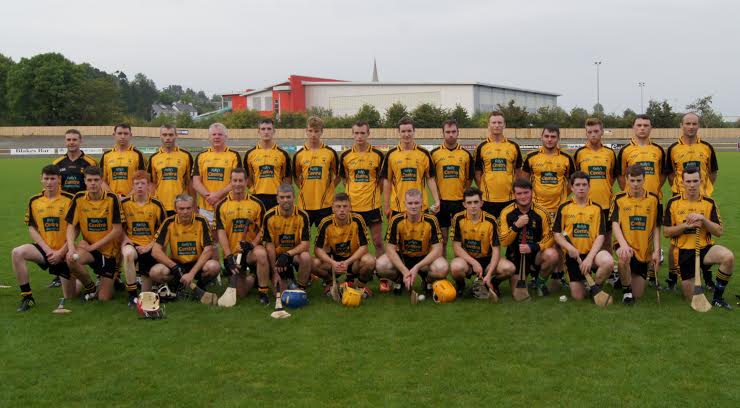 St. Eunan’s and Aodh Rua completed the league stage of the Donegal Senior Hurling Championship in O’Donnell Park Letterkenny on Saturday evening. After an early Colm Breathnach free, the home side wasted a number of early chances under pressure from determined Aodh Rua defending. In the 11th minute Seán McVeigh struck a long range point from play, but two Ballyshannon frees by Ciarán and Christopher Kilgallon left the sides level midway through the first half. St. Eunan’s moved ahead on 16 minutes when Breathnach fielded the sliotar and set up Eugene Organ who calmly finished to the net. Breathnach continued to cause problems for the visiting defence, winning and pointing another free. However, Aodh Rua had their best spell of the game leading up to half time. Christopher Kilgallon set up opportunities for his attackers and Conor Gilmartin caused difficulties for the Letterkenny defence. The home side had Conor McVeigh dismissed for a second yellow card on 21 minutes. Ciarán Kilgallon pointed two frees soon after, but a late Breathnach point left a goal between the sides at half-time, 1-4 to 0-4.

Despite their numerical disadvantage the home team stormed into the game after the break. With Francis Lennon, Shane O’Connor and Cormac Goulding sweeping up for St. Eunan’s, the Ballyshannon defence was under constant pressure. Kevin Meehan struck a goal in the 37th minute and two more Breathnach points from play opened a seven point gap. Kilgallon and Paul Sheridan cut the margin with two frees. The game’s outstanding player Seán McVeigh pointed on 49 minutes for St. Eunan’s and scored a brilliant individual goal two minutes later, beating several defenders on his run through. Colm Flood and Conor O’Donnell were dominating midfield for the Letterkenny men and two more Breathnach points followed quickly. The final period of the match was characterised by St. Eunan’s players making a series of breakthroughs, passing up point scoring opportunities while searching for goals. However, strong defending by the Aodh Rua backs, with Ciarán Rami and Stephen Sheerin very prominent, meant that St. Eunan’s were limited to one last goal from a close range McVeigh free three minutes from time. The visitors took a number of late chances from play, with Ciarán Kilgallon (twice) and Gilmartin pointing to leave twelve points between the teams at the final whistle.

Following Mac Cumhaills 4-12 to 0-12 win over Setanta, three teams are level on points at the top of the championship. Donegal CCC will decide on how St. Eunan’s, Mac Cumhaills and Burt proceed from here, with the county hurling final scheduled for Saturday September 27th.