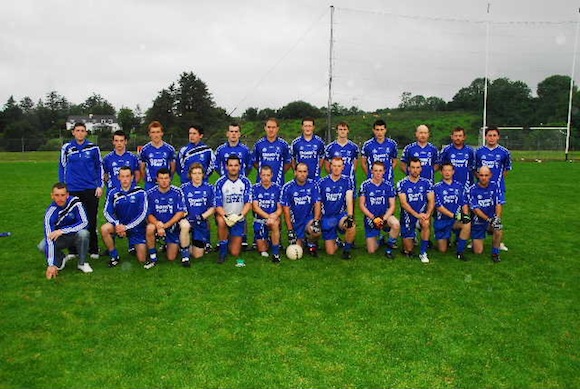 Ticket distribution: The allocation of 412 tickets to club is being worked on for assigning to club members and hopefully will be distributed to members on Tuesday 16th Abbey Hotel @ 9pm, Text will go out to members who are to receive a ticket.

All Ireland: Good Luck to Jim and Declan, Karl, Paul, Luke, Daire and all involved on Sunday 21st Sept from everyone in the club.

Well done to Mickey Martin Reserve Team Manager, John Doogan Mentor and the full reserve team and panel on their convincing win on Saturday evening against Ardara and securing themselves as winners of the Senior Reserve All County League.

Remaining match away to Gweedore, where Cup will be presented to the Four Masters team and Captain.

Four Masters GAA Club Draw: This is the last few days for your chance to win two tickets to the All Ireland Football Final & get spending money!

Tickets can still be bought if you call into the Abbey Hotel between 9 & 9.30pm Tuesday and Wednesday night.

Please support this initiative, check out our virtual pitch. This is your chance to get your name on Tir Conaill Park Sod.

Our A team had very good wins against Ardara, Dungloe and Naomh Columba.

Our boys played some unbelievable football. The performance was truly the best all year at all our blitzes.

The boys tackling and blocking, catching and passing was of a high standard.

Our A team was coaches were Ronan Boyle, Mick Kilcoyne and Damien Dunnion.

Our B team had some great games winning all three of their matches also, coaches were Gerry Ebbs and David Murray.

The whole event was very well organised by John McConnell and all the Ardara club. we thank them for a great day.

The boys have progressed very well since the start of the year.

They were a joy to manage. They were very eager at training to do well.

We challenged them to develop both hands at hand passing both feet at soloing, pick ups, kicking.

They rose to this challenge and we hope they’ll continue to practise and use this in the future. Manager Ronan Boyle expressed sincere thanks to all coaches; Odie McBride, Mick Kilcoyne , Greg Doherty, Gerry Ebbs, Michael Feeney, Damien Dunnion, James Cullen, David Murray.