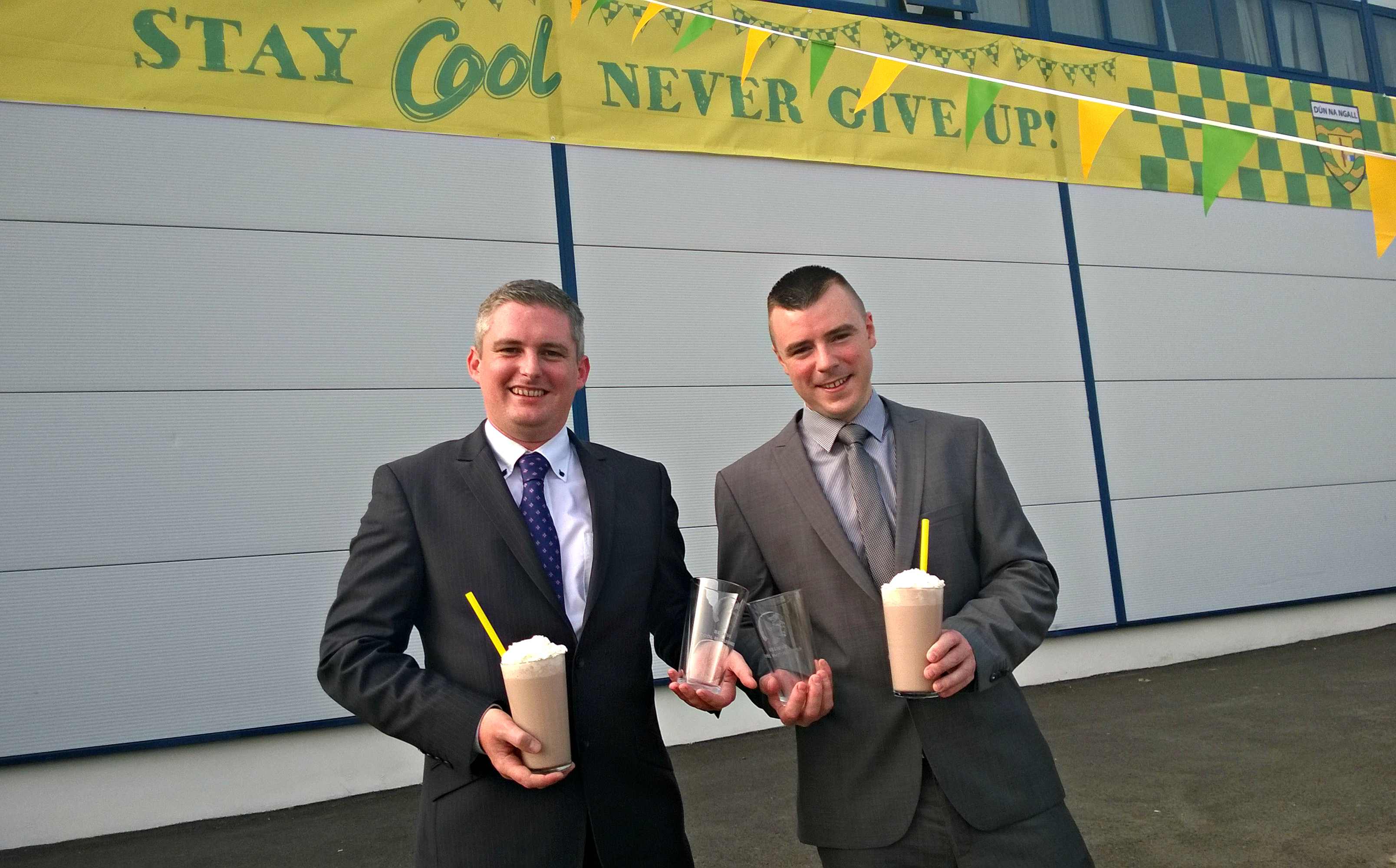 Convoy based Natural Dairies dairy technologists have responded to the challenge to develop a refreshing dairy based drink to celebrate Donegal’s participation in the All Ireland Final on Sunday.

Garvan Gallagher the owner of Restaurant Sage in Letterkenny set the challenge for John Molloy owner of Natural Dairies to come up with a way to use its Cool Milk products to make a Cool refreshing drink for children.

The pair decided to combine both their culinary and dairy skills and to name the new drink “Cool” Mc Guinness.

Welcoming the assistance given by Natural Dairies, Garvan told Donegal Daily, “I told Michael Murphy if he got to the All Ireland I would create a recipe, name it after Jim and add it to the restaurant menu.

“I spoke to John Molloy, the owner of local dairy company Natural Dairies about recipe ideas, and he suggested the dairy technologists in the Convoy plant would assist.

“Given the importance of dairy farming within the county we felt it appropriate to make a special one off dairy based drink to celebrate the achievement of the team.

Garvan’s head chef at Restaurant Sage is a Mexican, Martin Hernandez and John’s head dairy technologist is an Indian Shiva Prakash, so you can say that the final taste experience is truly international.

Garvan also revealed that an adult alcohol based version has now been added to his menu.

Commenting on the development John Molloy owner of Natural Dairies told Donegal Daily, “Donegal is at fever pitch coming up to the match, every village and town is a sea of the counties colours, be it by way of bunting, flags and all other kinds of novel ideas in support of the team.

“The staff here designed the “Stay Cool, Never Give Up” banner that covers some twenty metres on the front of the factory and so when Garvan asked could we help we were delighted to do so.

“The “Cool” Mc Guinness glasses we have designed are we are told a bit of a collector’s item and if there is a demand we will certainly look at producing more and contributing any proceeds to a Brain Injury based charity.