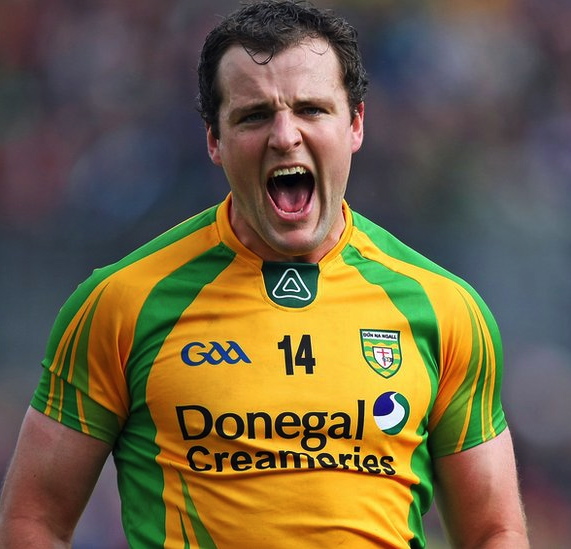 BRAVE DONEGAL LOSE OUT AS KERRY REIGN AT CROKER

Donegal have failed in their bid to win the Sam Maguire for a second time in three years, losing out by three points to Kerry in a hard-fought All-Ireland Senior Football Final at Croke Park this afternoon.

It was double heartbreak for the thousands of Donegal fans who earlier watched the minors lose out in their bid to win their first All-Ireland title.

In the senior game, Donegal came no where near producing the performance that demolished Dublin in their thrilling semi-final clash and a nightmare mistake by the usually reliable goalkeeper Paul Durcan, which set up a second Donegal goal, proved decisive.

Donegal made the worse possible start, conceding a goal in the first minute, when Paul Geaney climbed to collect a high ball  by Stephen O’Brien to turn and shoot low to the back of the net.

Donegal lived dangerously in the open period and after a Johnny Buckley shot hit the post, Kieran Donaghy put the ball over the bar from 15  metres to put the Kingdom four points in front with only four minutes on the clock.

A Michael Murphy free, after a foul on Leo McLoone inside the 45, got Donegal off the mark in the fifth minute.

The Donegal captain put over another free from 50 metres to reduce the deficit six minutes later.

Geaney restored the three point lead when he put over a free from 14 metres following a foul on Kieran Donaghy.

Donegal had a let off when keeper Durcan came for, and missed, a high ball and could only look on as the ball bounced narrowly wide of an empty net.

Murphy stepped up once again  in the 16th minute to put over another free over the bar to reduce the deficit to two points on a scoreline of 1-02 to 0-04.

He got his, and Donegal’s fourth, again from a free in the 23rd minute to make in a one point game.

Kerry keeper Brian Kelly pulled off a brilliant save a minute later to get a leg to a low O’Connor shot, the ball going wide, referee Eddie Kinsella, from Meath, wrongly awarding a goal-kick instead of a 45.

Donegal got lucky when, from close in,  Paul Keaney blasted over the bar with the goal at his mercy.

Odhran MacNiallais scored a brilliant point off the ground from play from 30 yards to reduce the deficit before Carl Lacey levelled the game in the 30th minute to send the sides in all square at the break.

Donegal made a better start to the second half than they did the first, Murphy thumping over a brilliant long distance point two minutes after the re-start.

After Paul Murphy drew Kerry level with a point for a narrow angle, Donegal had a let off when a David Moran shot bounced off Paul Durcan’s crossbar, the danger being cleared by his defence.

Barry John put Kerry back in front in the 50th minute after a free awarded for a foul on Killian.

A poor kick out by Durcan was pounced on by Donaghy who had the easiest of tasks to find the net past the Donegal keeper to put four between the sides.

Two points from Paddy McBrearty, who had earlier replaced Ryan McHugh the two-goal hero in the thrilling semi-final win over Dublin, and a point from McGee reduced the deficit to a single point in the 55th minute.

Unanswered points from Johnny Buckley, Barry John Keane and Donaghy saw the Kingdom reign by four points on a scoreline of 2-08 to 0-10 with eight minutes remaining.

With the clock “ticking down” Donegal struggled to deal with Kerry’s “keep ball” tactics and Bryan Sheehan put three between the sides with two minutes remaining.

Try as they did, Donegal could find no way through a packed Kerry defence.

BRAVE DONEGAL LOSE OUT AS KERRY REIGN AT CROKER was last modified: September 22nd, 2014 by johngerard