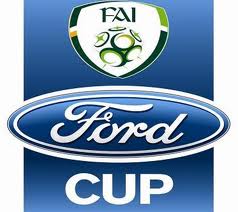 Donegal League officials have faced a barrage of criticism from the soccer fraternity within Donegal over their handling of the FAI Cup semi-final between Finn Harps and St. Patrick’s Athletic this Sunday.

The Donegal League suspended fixtures on the weekend Donegal played Dublin in the All-Ireland semi-final.

They took the same decision last weekend when Donegal contested the All-Ireland final.

League officials were praised for the decision made on both occasions as the demand to see both games in the county was extraordinary.

However, with Harps playing in the FAI Cup semi-final, which is the soccer equivalent to an All-Ireland semi-final, it was expected that the process would be repeated.

It hasn’t, and that has left many players and officials involved with clubs in the Donegal League extremely angry by the decision.

One such player to voice his dismay was Kildrum player Brian Coll, whose brother Ciaran plays for Finn Harps.

His Kildrum side face Cranford this weekend and he now has to choose between either playing for his local side this weekend, or watching his younger brother play in one of the biggest games of his career.

It’s a decision Coll feels he shouldn’t have to make especially when they’ve already cancelled two rounds of fixtures for the GAA.

Coll posted on Facebook, “Right can anyone explain to me WHY the Donegal league cancelled games for the GAA an they can’t cancel games for the only senior team in Donegal in the Fai semi final on Sunday comin .. If ya ask me it’s a joke..

However, Gary Foy who is involved with Ballybofey United explained that the league is giving clubs the opportunity to postpone their matches this weekend or rearrange the fixture.

Foy posted on Facebook, “if a club want to seek a postponement because of the Harps’ match they only have to contact the League. As Dean Boyce rightly says, reaction related directly to demand, the League stopped nobody from getting to the match, in fact they agreed to accommodate those who make contact and want to switch/postpone games. The clubs own the League and the committee simply organise it.

However, the majority feel the decision shouldn’t be left to the clubs and that the league should have cancelled it’s fixtures for Harps as it did for the Donegal GAA team.

Harps travel to Wexford tonight in their final away match in the league this season.

Horgan is expected to play an experimental side ahead of Sunday’s crunch clash with St.Pat’s.

He’ll not want to risk to many of his starting XI ahead of Sunday, so that should mean game time for some fringe players such as Carol Tiofack, Darragh Black and Shaun Patton.