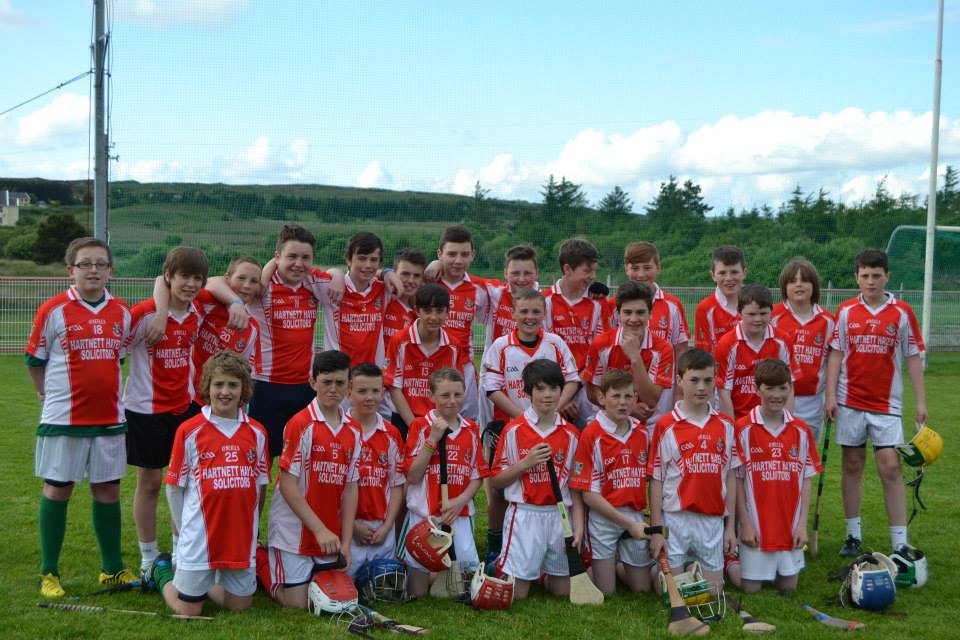 Congratulations to the u13 hurlers who won the ulster u13 shield competition in the Derry centre of excellence today.

Dungloe faced dungannon a team that had beaten them by a point in the preliminary rounds held over the previous two weekends. Dungloe won in a tight competitive game on a score line of 5.3 to 4.2.

Dungloe led from the start but a dungannon revival in the second half drew them level before dungloe pulled away.

The dungloe defence was strong with great performances in particular by joint captain odhran Mcgonagle who was immense and one terrific diving save by Darragh ward in goal.

Well done lads and a great end to the u13 hurling year.

Club 200 update: The 1st draw of the 6th series will now take place on Sunday Oct 5th. Can the main card holders confirm(if not already) with Tony Boyle or Aideen asap that your current members are staying in the draw and whether you have or know of any new people who want to join. Aideen 087 934 0706 & Tony Boyle 086 387 1216. Thanks for your cooperation.`

Under 13’s Dungloe 2-12 Naomh Ultan 2-08. Dungloe advanced to to southern division 2 final with a hard fought win against a very competitive Naomh Ultan side.

The first half was dominated by both defenses and scores were hard to come by. Half time score was Dungloe 0-08 Naomh Ultan 1-02.

Two second half goals for Dungloe from Aiden Mc Hugh and Jerome Boyle eased Dungloe into a nine point lead halfway into the second half, Naomh Ultan rallied in the last 15 minutes to set up a nail biting finish.