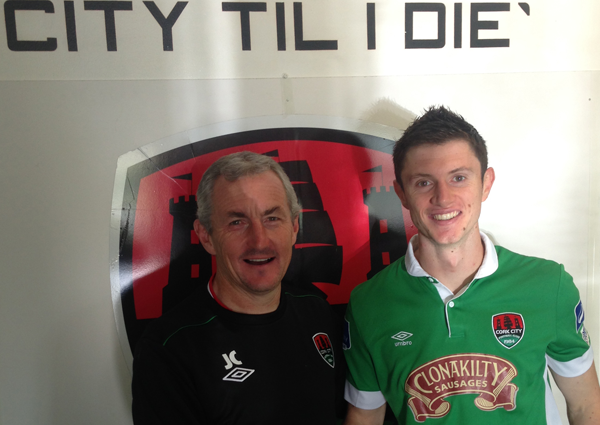 Dunleavy is the current Cork City captain and has enjoyed an outstanding season so far for John Caulfield’s side.

They’re currently battling it out with Dundalk for the Airtricity League Title and trail leaders Dundalk by three points.

Dunleavy has been a mainstay in Caulfield’s side all season and has performed brilliantly for Cork all season.

The former Wolverhampton Wanderers defender has now established himself as one of the best defenders in the league, and a new contract offer is reward for his consistent performances.

Dunleavy expressed his delight at signing a new contract when he spoke to Cork Ciy FC.ie, “I’m delighted to have signed back, I think that we have come an awfully long way in the last year.

“Even though I have signed back for next year, I still feel we have a bit of unfinished business for the rest of this season as well.

Manager John Caulfield was full of praise and admiration for Dunleavy, he said, “It’s brilliant to have signed Johnny for next year.

“He’s coming to the end of his third season here, he’s had a terrific season, and I see him as a player with a big future for the club.

“He has played in several positions for us, he has done brilliantly and he is a fantastic guy off the pitch as well, a real ambassador for the club.

Cork City host Drogheda United as the race for the league title looks set to go down to the wire.

Cork City face Dundalk at Oriel Park in the last game of the season in a game which could decide who wins the league.