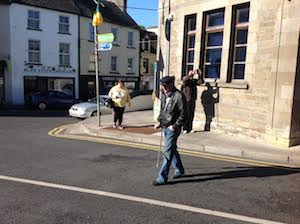 THE skipper of a Galway trawler failed to declare a total of 187 tonnes of mackerel landed in Killybegs in 2003 and 2004, it has been alleged in court.

Sean Flaherty, who is 63 and from Rossaveel in Co Galway, appeared before Donegal Town Circuit Court to face four charges brought by the Attorney General.

A jury of four women and eight men heard on the first day of the trial that the State would prove that records obtained in Garda raids showed that Mr Flaherty had failed to properly log his catch on four occasions in 2003 and 2004.

Thomas O’Connell, senior counsel for the State, told the jury that documents obtained during Garda investigations from fishing agents and fish processors will prove the landing on each of the days in question were quite different from what Mr Flaherty recorded.

“These documents will show that the landing declaration in each instance is false; supported in some part from receipts from the processors,” alleged Mr O’Connell in his opening statement.

“Significantly more fish was caught than was declared.”