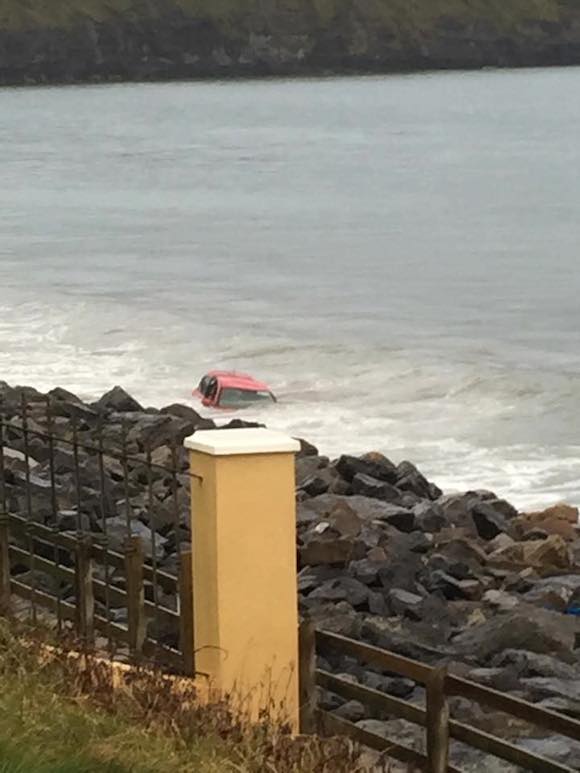 GOING, GOING GONE! CAR SWEPT OUT TO SEA WITH THE HIGH TIDE

THIS was the scene at Rossnowlagh beach earlier this evening, as one motorist said ‘goodbye’ to his beloved red Toyota.

The car was gobbled up by one of the highest tides of the year.

Of course it isn’t the first time it has happened on the golden sands at Rossnowlagh.

And it probably won’t be the last.

As one local man said afterwards: “That’s one way of dipping your headlights.”

The incident however baffled many.

Paul Diver, owner of the Sandhouse Hotel and Marine Spa, told us: “This has happened many times over the years.

“As locals we are amazed it continues to happen. It’s very sad for the car’s owner but anyone who parks on a beach should know the tide does come back in again.

Last Saturday a local man had to tow another car out of the water after a motorist dozed off whilst parked on the beach.

GOING, GOING GONE! CAR SWEPT OUT TO SEA WITH THE HIGH TIDE was last modified: October 9th, 2014 by John2