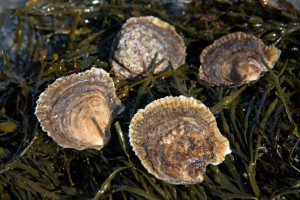 Fishing of Native Oysters in Lough Foyle is to be banned in an attempt to halt the decline of the species in the Lough.

The decision covers an area where Irish Water and Donegal County Council wants to pump treated sewage from a site outside Moville.

The Loughs Agency has said as part of its “precautionary fishery management approach” it planned to close the fishery before 100% of oysters over 80 mm were “fished out.”

The Agency said it planned to leave approximately 30% of the oysters over that size in the Lough.

A spokesperson said it was hoped these oysters would breed successfully and would help to rebuild the population.

The spokesperson explained there was a minimum size at which oysters can be legally fished and in Lough Foyle this was 80 mm.

Oysters below this size are considered too small and must not be landed.

The estimated biomass for 2014 of 280 tonnes includes oysters which can be legally fished as well as those considered too small.

This means that, in fact, the estimated biomass of oysters which are available to the fishery for the 2014/15 season is just 130 – 160 tonnes.

The spokesperson added: “The Agency hopes that by putting in place a fishery closure it will be able to conserve the native oyster in Lough Foyle for future seasons.”

The spokesperson said Native Oyster numbers had been declining dramatically since the mid 1900s across most of the areas in Europe where the species is naturally found.

The reduction in numbers, the spokesperson added, was mostly due to “intense fishing pressure” and as a result of disease such as Bonamia which is present in the oyster stock in Lough Foyle, poor habitat quality, invasive non native species and changes in environmental conditions.

The spokesperson added: “The decline of the Native Oyster in Europe has been so significant that the species has been listed by OSPAR as a threatened and/or declining species.”

The Loughs Agency has been regulating the Lough Foyle Native Oyster Fishery since September 2008.

At present  approximately 50-60 fishermen are licensed to fish for Native Oysters in Lough Foyle annually.

The fishery has landed approximately 100-220 tonnes of oysters during the fishing season since 2008.