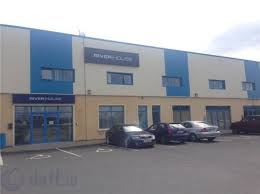 RIVER MEDIA HQ AND 2 NEWSPAPER OFFICES PUT UP FOR SALE

For Sale: River Media’s HQ is up for sale

RIVER Media, the company forced to close half a dozen newspapers during the recent recession, is selling off its final three offices in Co Donegal.

Its headquarters in Letterkenny is included in the sell-off.

Commercial property experts Sherry Fitzgerald Rainey says the offices of the Letterkenny Post, the Donegal Post and Inish Times are being offered for sale.

Potential purchasers are being offered vacant possession, or a one-year rental by the newspapers after purchase.

The Donegal Post office unit at Gruagorm House is for sale for €65,000.

The Inish Times office on Buncrana’s Main Street was sold this week – it had been on the market for €110,000.

River Media went into receivership in 2011, re-emerging after doing a deal with its creditors including AIB/First Trust.