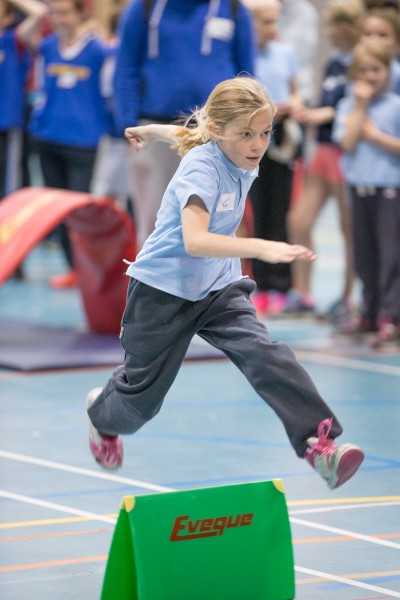 It was the turn of the smaller primary schools in the county to give sports hall athletics a go yesterday in the Aura Leisure Centre, Letterkenny with a high energy and fun athletics event.

Two hundred children from many of the smaller schools around Donegal met at the popular sports centre for a fun event.

This event which was coordinated by Donegal Sports Partnership and Athletics Ireland is delivered to support the development of athletics in primary schools.

The sports hall athletic concept has been growing through the primary school sector over the last number of years with approximately 1,500 children participating in school coaching, regional and county events.

As well as a number of larger schools representing Donegal in the national sports hall finals held in the indoor athletics arena in Athlone during 2014.

The overall points table at the end of yesterday’s event had Frosses NS on top closely followed by Acres NS, Burtonport and Tiernasligo NS from the Urris area.