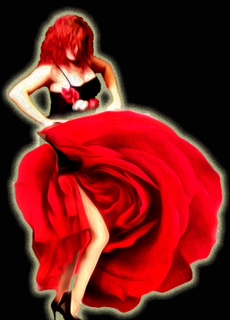 THWARTED PASSIONS AND MURDER WITH NORTH WEST OPERA AT AN GRIANAN

Prepare for a night of fiery passion and seduction when North West Opera present Bizet’s Carmen at An Grianán Theatre later this month.

With members of the Cairo Opera Orchestra and international soloists from Britain, America and Germany, under the expert baton of conductor Nader Abbassi, this is the North West Opera’s follow up to their highly successful La Boheme.

Under the expert Baton of world-renowned Maestro, Nader Abbassi, the chorus of North West Opera and soloists will be accompanied by the professional musicians of Cairo’s Opera House. Featuring 22 musicians, this will be the largest live orchestra to accompany an opera here at An Grianán.

Carmen is one of the most popular operas of all time and tells the story of young, army corporal Don Josè who is bewitched by the exotic Gypsy Carmen and so the tale of jealousy and murder begins.

With its instantly recognisable score, including the seductive Habanera’ and ‘Toreador Song’, this North West Opera production will feature Flamenco dancing, fortune-telling gypsies, smugglers and murder.

Sharing the stage with Irish Soprano Ann Jennings are Soprano Diana Bryan-Mc Laughlin who performs the role of Michaela and a chorus of 60 local adults and children.

Critics branded Carmen too immoral for public performance when it had its world premiere in Paris in 1875.

Bizet did not live long enough to see become a success. He died three months after the premier.

THWARTED PASSIONS AND MURDER WITH NORTH WEST OPERA AT AN GRIANAN was last modified: October 9th, 2014 by John2