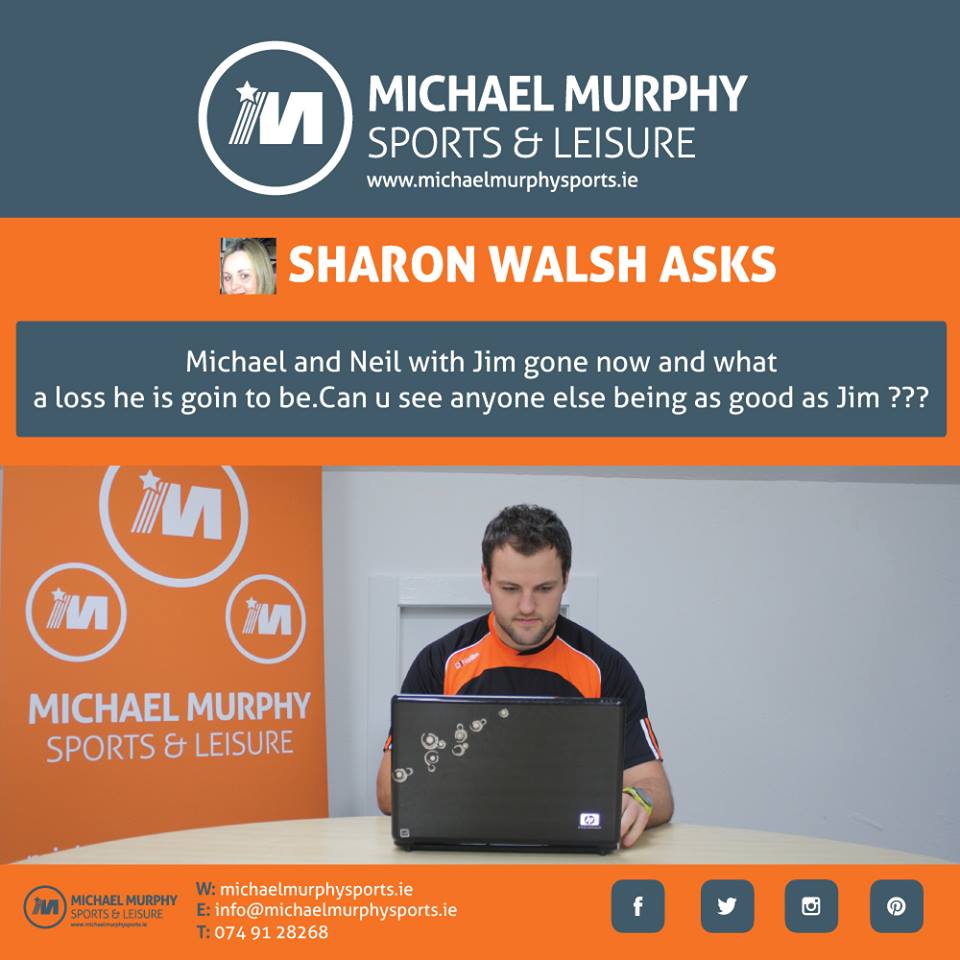 Responding to Donegal fan Sharon Walsh, the Glenswilly player replied: “Obviously Jim has left in recent weeks after a very successful time for all of here in Donegal. We have had 4 fantastic years, winning 3 Ulster championships and an All Ireland and Jim has played a huge part in that.

“He has inspired us all and helped us all as footballers and people.”

But Murphy was also looking the the future.

He went on: “As a team of players we must all now move on and fully commit behind the next manager, whoever that may be, and we will all put our best foot forward for the good of Donegal by trying our very best to continue our success of recent years.”