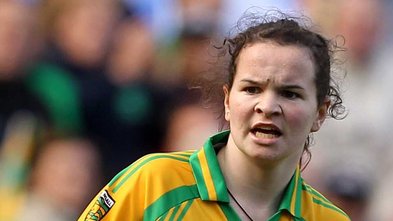 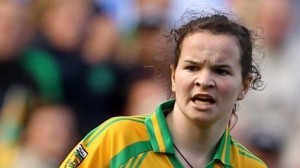 Geraldine McLaughlin: Perhaps the greatest Ladies player of our generation in the county

Three clubs are in Ulster action on this weekend – all aiming for finals.

Whilst the development of the ladies game in the county has been under-resourced in recent years, there are enough hard-working coaches and people working at development level that one day it will all come to the fore for our county team.

And underage managers across all clubs are working week in, week out, for the game, without any recognition or reward.

So it’s great to see three of our clubs flying the Donegal flag for Ladies Football in Ulster this weekend.

Events throw-in in Carn at 2pm today when the growing squad of Carndonagh Ladies take on Aghnamullen from Monaghan. Home advantage has worked so far – so hopefully it can work again and the Inishowen club will be in the Ulster Junior Final in two weeks’ time.

Four Masters, who have a very talented bunch of girls – many of them still minors – travel to the historic club of Ballinsacreen for a 2pm throw-in on Sunday in the Intermediate Semi-Final.

The Derry girls have a great reputation; but there is nothing to fear for the Donegal Town girls and if they keep up the pride shown so far, there’s nothing stopping them going on to the Final too.

Termon meanwhile have been the dominant force in Donegal ladies football at senior level for several years now, thanks to an excellent underage system, good coaches and a bunch of girls that includes some of the most talented ladies footballers of this generation.

Geraldine McLaughlin would be the envy of some of our men’s teams in this county.

But it isn’t just about her. This is a team bursting with talent and belief.

Termon travel to Castlewellan in Co Down on Sunday for a 2pm throw-in, having been put through their paces on Friday by Adam Speer.

Francie Friel’s side lost out in last year’s final to Donaghmoyne after a replay; they should have won the first game, and this bunch of girls know that.

The final is for another day and it will probably be against Donaghmoyne again. For now they need to show Castlewellan what they’re made of.

Best wishes to all three teams; how great would it be to have all three in Ulster finals.