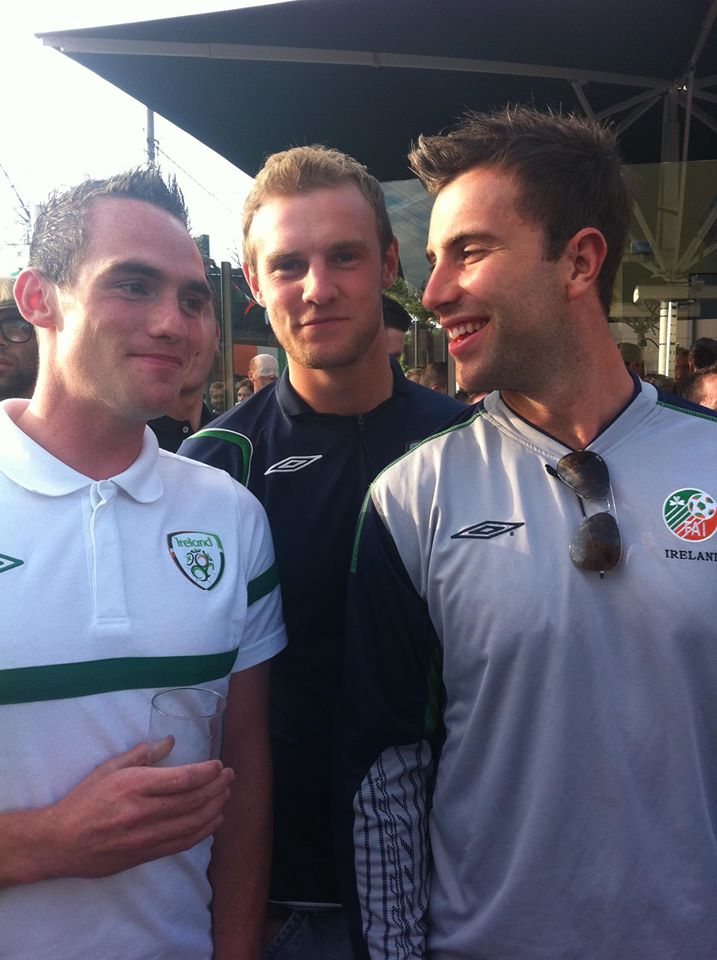 Donegal GAA stars Peter Witherow and Michael Boyle are currently sampling the experience of working with a Premier League club this week, as part of their Masters Degree in Sports Performance.

The duo are spending a week with Premier League basement boys Queen’s Park Rangers, where they will work closely with the club’s Sport Science department.

Witherow was a member of the Donegal All-Ireland winning squad in 2012, before opting off the panel in 2013 to focus on his academic studies.

Boyle has been involved with the Donegal panel since 2005, and played during the 2009 campaign under John Joe Doherty.

However, the talented goalkeeper has had to play second fiddle to Paul Durcan during McGuinness’s tenure over the last four years.

The pair are studying for their Masters in Sports Performance at the University of Limerick, and there week at QPR is part of their course.

They’ve certainly selected an interesting week to complete their placement, the Sports Science team at QPR have come under intense scrutiny following the admission by manager Harry Redknapp that midfielder Adel Tarrabt is three stone overweight.

After their 3-2 defeat to Liverpool on Sunday, Redknapp blasted, “I can’t play him, he’s three stone overweight, I can’t pick him, he played in a reserve match the other day and I could’ve ran around more than him.

“If he doesn’t want to train and work hard, then he won’t play, I’m only going to play players who want to play for the football club.

Perhaps Redknapp has ordered that the two GAA stars join their sports science staff immediately in order to get his struggling stars in tip-top shape.

It’s also been rumoured that Witherow will be allowed to join in with the OPR training sessions this week, in order to keep fit for this weekend’s Donegal SFC semi-final.

Witherow was a talented soccer player in his youth, and is regarded as one of the best players Glenree United ever produced, before committing to Gaelic with St Michael’s and Donegal.

Tony Wilkinson will be hoping the affable St Michael’s defender avoids injury this week, and isn’t a victim of one of Joey Barton’s famous rash tackles!