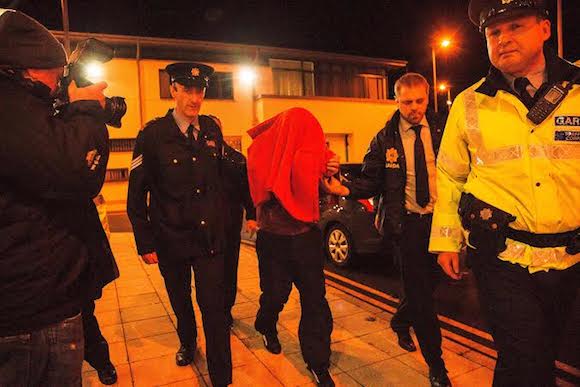 SON APPEARS IN COURT CHARGED WITH MURDER OF PARENTS

A man has been charged with the murder of his parents after appearing at a special sitting of Ballyshannon District Court this evening.

Julian Cuddihy, 42, of Churchtown, Carndonagh was remanded in custody to appear at a special sitting of Letterkenny District Court next Wednesday.

Detective Garda Bernard Mullins told the court that he arrested Cuddihy and charged him with two counts of murder at Buncrana garda station last night.

To the first count Cuddihy replied “I have no response” and to the second count he added “I’m not signing that.”

Judge Kevin Kilrane asked Mr Lannon if his client had a history of mental illness.

Judge Kilrane was told that a local doctor had attended Cuddihy, 42, on October 15th but he was not psychiatric assessed.

“He was previously assessed and there was no diagnosis of psychiatric illness found.”

Judge Kilrane then recommended that the accused be assessed as was conveniently possible.

Free legal aid was also granted in the case.

Cuddihy, 42, was represented by Ray Lannon of Michael White Solicitors from Carndongh.

Cuddihy, wearing blue tracksuit bottoms and a wine-coloured sweat top and black trainers, sat wringing his hands throughout the hearing.

He was accompanied into court by three Donegal-based detectives who sat beside him throughout the hearing.

The couple were found by family members at their home at Churchtown, on the outskirts of Carndonagh just after 9am on Thursday.

The couple were very well-known in the area.

Mrs Cuddihy, 73, was a former nurse who was originally from Malin Head.

She was well-known throughout Donegal for her voluntary work especially with Letterkenny General Hospital.

Her husband Jimmy, 77, was originally from Kilkenny but had moved to Donegal to work many decades ago.

He was a former maths teacher at Carndonagh Community School and still gave maths grinds to local pupils in the area.