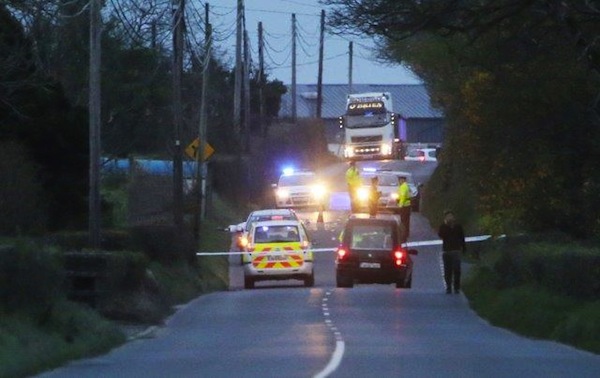 One man has died following a road crash outside Raphoe this afternoon. Pic by Northwest News Pix.

Gardai have confirmed that one man has died after a traffic accident outside Raphoe this afternoon.

The man, a motorcyclist, was in collision with a jeep towing a trailer off the Ballinalecky Crossroads at Oakfield Demense.

The victim has not ben named but it is understood he is married to a local woman.

The accident happened just after 4pm.

The road has been closed overnight until accident scene investigators arrive tomorrow morning.

Road diversions have also been set in place.

Garda Inspector Goretti Sheridan has confirmed one person has been killed in the accident.

She appealed for anybody who was driving or walking in the area to contact them at Letterkenny Garda station.