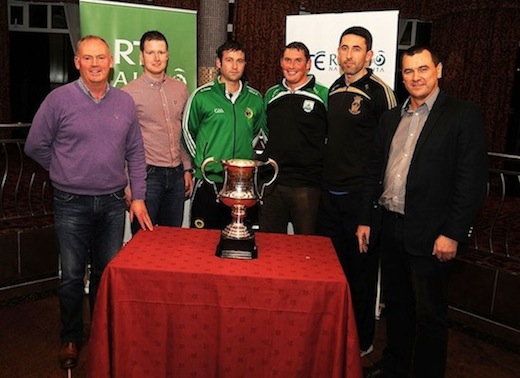 Who will be taking the Dr Maguire Cup back to their club tonight?

It’s the pairing that thousands of GAA fans across Donegal have been secretly hoping for.

When Glenswilly and St Eunan’s sprint out onto the field at MacCumhaill Park today, there will be no holding back from either side.

A huge crowd is expected at the Ballybofey venue for the tie which throws in at 4pm.

Champions Glenswilly will have to shake off a late appeal by Naomh Conaill for a semi-final replay and concentrate on the game in hand.

And neighbours St Eunan’s will enjoy nothing more than getting one over on the men form out in the Glen – such has been the rivalry been throughout the years.

Managers Maxi Curran and Gary McDaid, two of the new breed of young manager who are driven by statistics and pre-planning, will leave nothing to chance to get the upper hand.

Glenswilly will have to plan without captain Caolan Kelly who, on Friday night, lost his appeal against his red card handed down to him in the semi-final

Instead, they will be hoping for big displays from county stars Michael Murphy and Neil Gallagher to reclaim the Dr Maguire Cup.

But they will need to leave everything on the pitch if they are to overcome a fancied Eunan’s side who have buckets of young talent as well as some who may be considered veterans like Rory Kavanagh and John Haran.

All will be known after 5pm with the celebrating either taking place in Blake’s Bar or McClafferty’s of Churchill.

It promises to be a cracker!