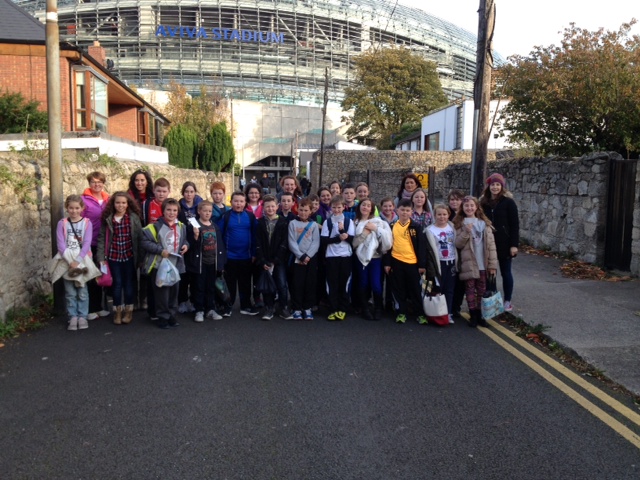 Pupils and staff from S.N. Taobhóige in Cloghan enjoyed their trip to the FAI Ford Senior Cup Final which took place in Aviva on Sunday.

The tickets for the match were kindly organised by the local Finn Harps Club, as part of their Schools Programme.

The club are currently giving soccer coaching sessions in S.N. Taobhóige to all pupils.