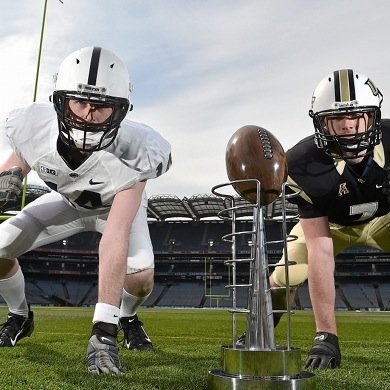 American Football has grown massively popularity in Ireland over the years, with fans now able to easily stream and access matches from the NFL franchise.

The newly-formed team are seeking to recruit players and coaches for the forthcoming season.

They need players for both their SENIOR and FLAG teams, anyone can join the team, even if you’ve no experience of ever playing American Football, if you’re interested in playing your welcome.

The Donegal-Derry Vipers are also on the look out for a new Head Coach, successful applicants must have experience of coaching a Senior Team, or have a Level 2 or higher coaching badge in any contact sport.

Negotiations in securing their home pitch and training facilities for the season ahead are nearing completion, and they’re expected to receive official confirmation on that shortly.

On the official website of the Donegal-Derry Vipers they warmly welcome anyone interested in joining, but you have to be willingly to work hard.

“This is your chance to become part of something amazing, it doesn’t matter what your sporting background is, if you are willing to train hard, learn and grow with this sport.”

“Then you can become a Donegal-Derry Viper.”

To find out more info on the new team then check their website out now or their Twitter feed, links outlined below.

We wish the newly-formed American Football all the best for the forthcoming campaign.