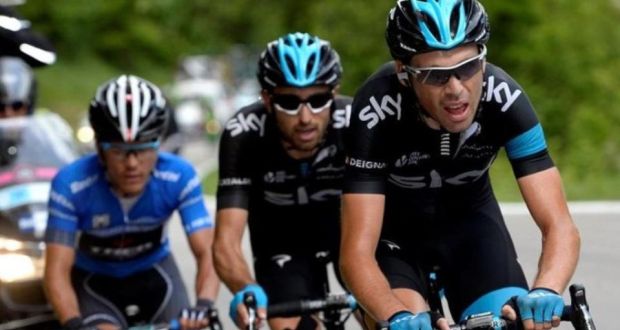 Team Sky superstar Philip Deignan is hosting a meet and greet event at the An Grianan Theatre this Saturday morning.

The Donegal cyclist has enjoyed a superb season for Team Sky and a large crowd is expected to engage in a Q&A session with the popular Letterkenny native.

Deignan will only be in the county for a very short stop over, as he has to go back to an intense training camp in preparation for the 2015 season.

However, organisers of the meet and greet, are encouraging as many cyclists as possible to come out and show your support for a cyclist that has put Donegal on the map.

Deignan has enjoyed an incredible season with Team Sky and played a leading role in the major tours and one-day races on the biggest stage in world cycling.

Deignan has agreed to ride with everyone on Saturday morning, take photos and will sign jerseys.

Deignan has never forgot his cycling roots in Donegal and prides himself as being an ordinary club man.

Deignan has been an extraordinary ambassador to Irish and Donegal cycling and equally as impressive is the modesty in which he conducts himself in.

This event will take place this Saturday morning, and sign-in opens at 10am in the An Grianan Theatre.

Deignan will address everyone from the stage in the theatre before embarking on a questions and answers session.

To end the event, Gardaí will lead a bike spin for a short distance to suit all ages young and old on a relaxed pace.

Deignan will then return to An Grianan for refreshments and give cycling enthusiasts the personal opportunity to meet the hero himself.