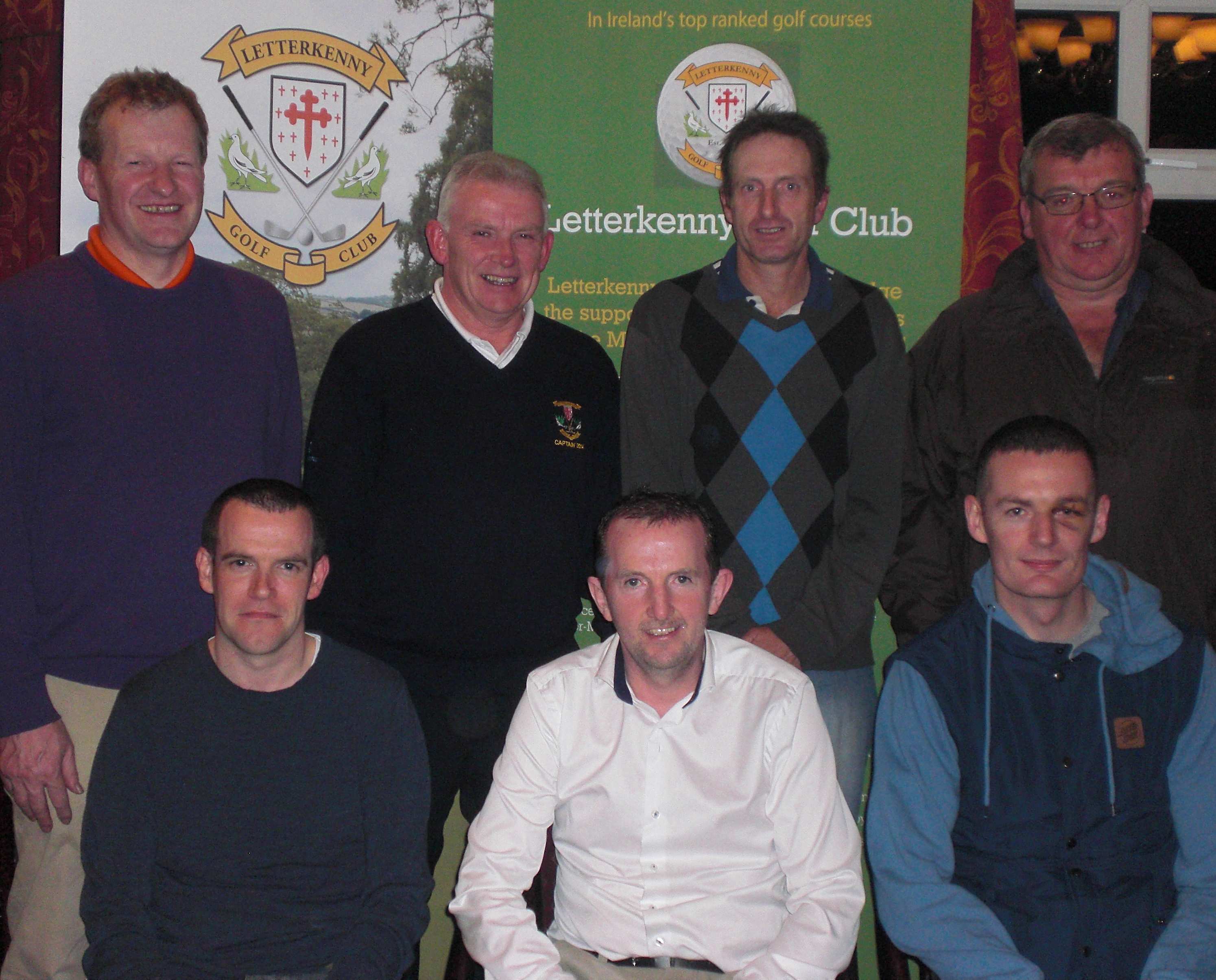 Playing in the worst of the week’s inclement weather, it was single figure handicapper Kevin Hannigan [7] who had the fog lights on in Wednesday 12th Open, mastering the dull conditions with a modest return of 36pts to take top spot.

Following a bogey at 1st with a birdie at 2nd, a disappointing double bogey at ninth had given him only 18pts on the turn and, despite a steady back nine until another double bogey at 17th, Kevin’s answer of a birdie at 18th saw him through on B.O.T. Relegated to second place on that b.o.t. was Greg Sullivan [16] whose double bogey/bogey on the final two holes cost him top spot.

Saturday 15th Open, played in eerie calm, crisp, autumn-like conditions was won by Peter Dobson [9] whose birdie at 4th had him one under par until the 8th hole where back to back bogeys left him one over par gross [37 shots], and an even better back nine of one under par [35 shots] due to a birdie at 18th, gave Peter an aggregate of 44pts which left the field stranded and give him a deserved top spot on the rostrum. In runner-up spot was an ever present to the mild winter winners’ enclosure, Peter Mc Ginty [19], a player who will no doubt be considered for certain club teams in 2015. Despite two double bogeys on front nine offset with a birdie at 8th, an unfortunate “blank” at 11th and triple bogey at the par four 17th allowed his namesake an easy win.

Sunday 16th confined competition was won in magnificent golfing fashion by one of the club’s most prominent junior members, Jack Patton [5]. Proving that he really could be a star of the future, Jack’s card was one that most golfer’s could only dream about for, Faldoesque style, reminicient of the great man’s final round in his British Open win, Jack, with the help of birdies at the par three 5th and the “shortish” 10th hole, was two shots under par gross playing the par five 18th where a “lasy” shot cost him a bogey six to finish on 71 gross shots and 41 stableford points. Congratulations to Jack on a wonderful round of golf! Not forgetting the runner-up, it was Clifford Malone [7] who was closest with a great outward nine of level par gross, with a bogey at 4th cancelled out with a birdie at 8th, but an unfortunate lapse in concentration on the back nine allowed for a return of only 38pts which I am sure will disappoint Clifford.

CAT 4 Monday competition members are urged to place their names on the sheet provided in the locker room to enter the competition for the Christmas Hamper, generously donated by cat 4 co-ordinator Gerry O’ Sullivan. It would be a shame to have to cancel this competition for lack of numbers after all that Gerry has done for cat 4 throughout the year.

Unfortunately, it is coming near that time of year when the dreaded winter “mats” will need to be introduced. We have been very lucky so far, due to the magnificent condition that our greenkeepers have kept our course, but in order to keep it as “healthy” as possible, mats will be used as soon as necessary in the forthcoming days. As usual, the date for the cessation of the use of mats will be, weather permitting, St. Patrick’s Day Open 2015.

Congratulations also to club member Conor Mc Gettigan on the opening of his new business venture, Mc Gettigan’s Gala, at Station R’bout, Letterkenny. [bottom of Port Rd.]The ever popular “golfers’ fry” will be on the menu every day!

“Golfers lose hundreds of strokes in a season by trying to save the situation through miracle shots which rarely come off. I’ve seen golfers who were not very good at simple chip shots trying to play strokes that the best could not get away with. That is what I call “Kidding Yourself.”

Letterkenny Golf Club’s newly launched Online Lotto’s second draw took place on Wednesday 12th and, although there was no Jackpot winner, two lotto members who smiled happily were Eamonn Davis & Kevin Roache, winners of the “lucky dip” prizes of €50 each. Congratulations to you both! The Lotto draw takes place every Wednesday evening, closing time for entries at 6pm Wednesday, and entry page can be found on club website, www.letterkennygolfclub.com and follow the prompts.