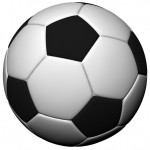 The winner of the €50 lucky ticket was Kevin Gallagher, Woodlawn.

Kildrum Tigers got their first victory of the season after a hard fought win over a resilient Cappry side. Both teams had a few chances in a fiery encounter but all to no avail.

On 83minutes Darren O’ Leary turned the ball into his own net after substitute Gareth Colhoun played a wonderful ball across the six yard box. Great battling performances from both teams.

Next up for Cappry Rovers is a tough home game against 2013 champions Rathmullan Celtic. Kick off in Cappry Park 2pm, Sunday.

Let’s all come out and offer our support to the lads and get them back to winning ways.

Unfortunately Cappry got knocked out of the National Cup at the weekend.

Jamie Keegan (2) and Sean McBride got the Cappry goals in the 3-3 draw but got defeated after a penalty shoot out.

Next up is a home game in the league against Castlefin Celtic.

Next game is away to Convoy Arsenal on Saturday.

Cappry Crusaders had a free weekend.

Next match is a home game against Ballyraine Celtic, time to be confirmed.

Cappry Rovers U12 continued their unbeaten run to eight games with a 2 nil win against Castlefin Celtic, they dominated the first half with Mark Mbuli getting the only goal of the half.

The second half continued much the same with Daniel Marley hitting the post after a great ball from Kevin McCormick.

Jamie Murray scored the second also having an effort against the post. Great team efforts by both teams with Jamie Murray in particular standing out.

No game this weekend.

Jason Dunne, Conor Thompson and Shane McBride (penalty) got the Cappry goals. Good defensive display from Odhran Thomas and Kian Mulligan. Jason Dunne pulled all the strings from midfield. Keelan Browne put in an energetic shift up front with his selfless running.

All 16 who travelled played their part in a solid performance. This team are starting to find their stride and are improving with every game.

Next week they have a home game against Bonagee Athletic.

Cappry Colts kept up their good form with another home win against a spirited Bonagee side. Cappry got a dream start when Odhran Quigley Doherty scored a screamer in the top corner after 6 minutes.

It was a fairly close 1st half with both keepers making good saves. 10 minutes into the 2nd half Eoghan Stewart neatly made it 2 nil and 7 minutes later Daniel Taberski hit a wonder strike from outside the box to make it 3 nil.

Eoin McGonagle made the points safe with 8 minutes left to make it 4 zero to the home side. Bonagee were unlucky not to score with a few near attempts. Solid team performance from the whole squad with all players taking part.

Next up is the long trip to take on Gweedore Utd AFC.

The Last Man Standing competition is entering the 3rd week and all selections are being posted on our Facebook page.