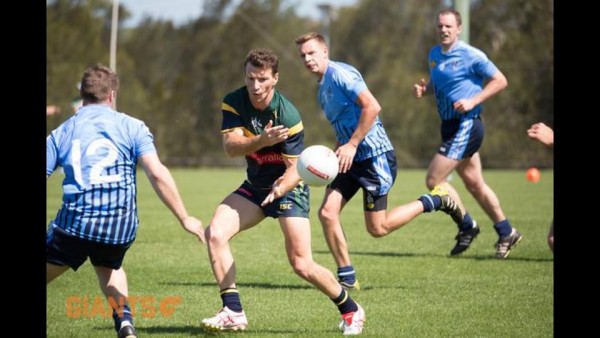 Australia were using the game as a warm-up match ahead of their one off test against Ireland on Saturday night.

NSW suffered a heavy a defeat against the Australians who were at full strength as they put the final touches to their preparations for their clash with Ireland.

However, several of the side including Mulholland delivered impressive performances for the NSW side.

Mulholland was the sole Donegal representative on the New South Wales GAA side.

The NSW team is made up of ex-pats who have emigrated to Australia in recent years, and those involved described the match as an unbelievable experience.

Naomh Muire manager Gary Boyle would love to have Mulholland in his squad as he prepares for the forthcoming 2015 season.

However, Mulholland is unlikely to leave the exotic weather and great lifestyle for another few years yet.