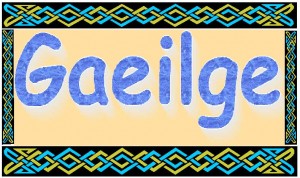 PARENTS of children in the Donegal gaeltacht who have complained for years that their children should be taught through Irish only in their first years at school have been proved correct today after the release of a major report.

The research was carried out by an Chomhairle um Oideachas Gaeltachta agus Gaelscolaíochta (COGG), an agency of the Department of Education which provides supports to Irish schools around the country.

Pupils at Irish medium schools outside gaeltacht areas are taught through ‘total immersion’ techniques – through Irish only.

This is NOT the case in many gaeltacht schools however.

Researchers examined the linguistic ability of 50 children, aged between seven and 12, whose home language is exclusively Irish.

They found that their competence in English significantly surpassed that in Irish.

There are several reasons for this, but the pervasive nature of the English language in social, sporting and cultural contexts plays a significant part.

The earlier children are exposed to bilingualism, the more their Irish is compromised, said the report.

The research found that children who attended schools with English speaking pupils had the lowest levels of competence in Irish.

In addition, a decline in the number of young people using Irish in Gaeltacht areas is having a knock-on effect on the way in which the language is being used for everyday communication by children.

The report’s authors argue that this needs to be addressed to safeguard the Irish language.

It is estimated there are now fewer than 1,000 children who are native Irish speakers in Gaeltacht area primary schools.

The report recommends that the State and school patrons take steps to provide necessary supports for children who are native speakers.

The report, ‘Analysis of Bilingual Competence: Language Acquisition among young people in the Gaeltacht’, was launched today.