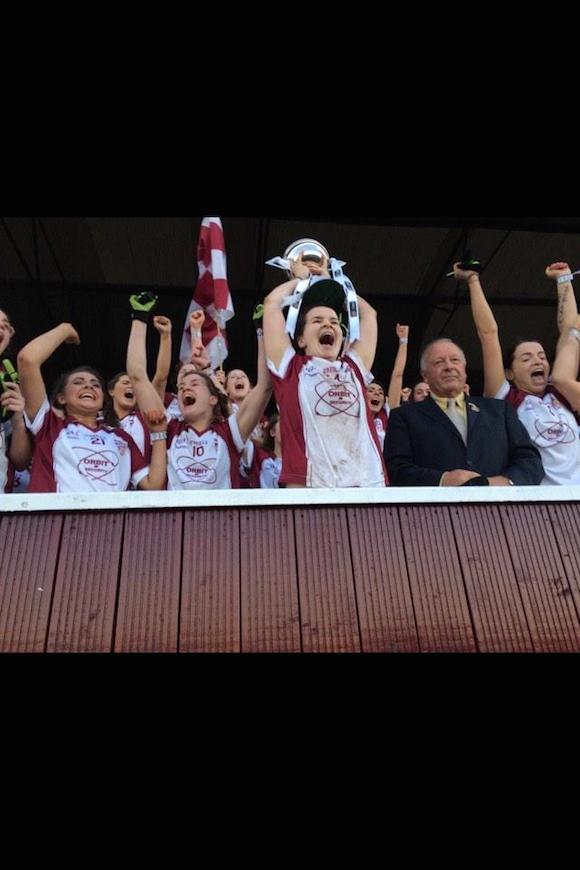 They won their epic battle with Cork and Munster champions Mourneabbey in Tuam Stadium this afternoon by five points.

Brilliant Geraldine McLaughlin was the star of the show with THREE sensational goals, the Termon girls putting in a stunning second half performance.

Termon trailed Mourneabbey by four points at half time, the Cork and Munster champions lead 0-10 to 1-03.

Geraldine McLaughlin hit the Termon goal despite being double-marked in the game.

Every time Termon did break up the field, they were fouled.

However it was four Termon girls who had their names taken for fouls and eight minutes from half-time Grainne McDaid was sin-binned.

Despite a second sin-binning for Termon – and one for the Cork girls – Termon were sensational in the second half.