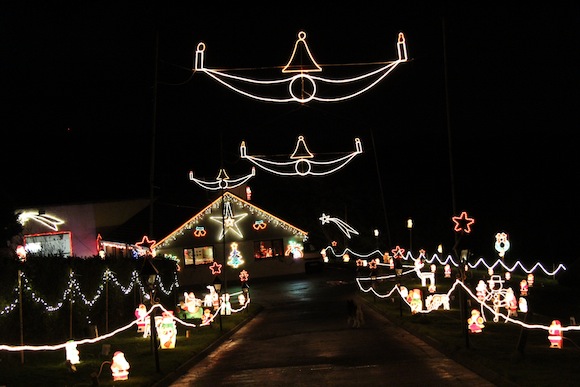 DONEGAL COUPLE RAISE A STAGGERING €26,000 WITH THEIR WONDERFUL CHRISTMAS LIGHTS

A Donegal family have raised a staggering €26,000 wiht their wonderful Christmas lights display.

The Whoriskeys from Kerrykeel go to extraordinary lengths to light up their home during the festive season.

And what started out as a bit of fun nine years ago has turned into an amazing fund-raising extravaganza for local charities.

Mary Whoriskey revealed that have now raised a staggering €26,000 for various charities through donations given by locals and passers-by.

People come from miles around to see the stunning light display which includes tens of thousands of bulbs and even a Santa’s grotto.

“Our chosen charities this year are the Acquired Brain Injury Ireland Support Letterkenny and also the Autism Support group at Woodlands National School.

“The lights give people so much pleasure and we’re just delighted we can help put a little back into the community,” said Mary.

Donegal Christmas spirit at its finest.